Who’s Behind Global Effort to Silence Critics of the ‘Great Reset?’

“The Publicis Groupe, an international PR firm, is a partner with the World Economic Forum, which is leading the call for a “reset” of the global economy. Publicis represents tech, pharma and banking corporations, all of which have partnerships with the U.S. government and global NGOs.” 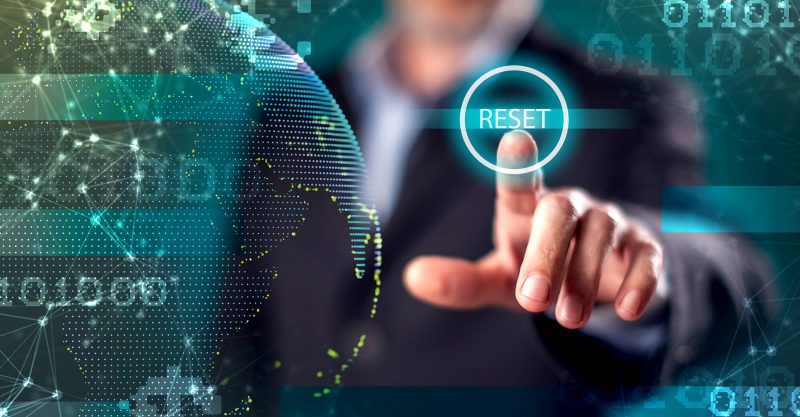 Any strategy that successfully manipulates public opinion is bound to be repeated, and we can now clearly see how the tobacco industry’s playbook is being used to shape the public narrative about COVID-19 and the projected post-COVID era.

In 2011, after many years of raising awareness regarding genetically modified organisms (GMOs) and industrial agriculture, we decided we needed a new game plan. Educating people through our newsletter was great, but we realized the best way to expose Monsanto — a leading GMO advocate and patented seed owner at the time — was to get them to engage directly and ensure national attention.

To that end, Mercola.com funded the signature gathering in California that initiated Proposition 37, the right to know what’s in your food by ensuring proper GMO labeling. We spent more than $1 million for the Prop 37 initiative, plus several million dollars more for GMO labeling initiatives in other U.S. states in the following years.

This initiative forced Monsanto to engage with the public directly to defend their toxic products and dangerous business practices, all while receiving national coverage in the process.

Monsanto spent tens of millions of dollars attacking anyone in their way, but they did so indirectly, just like the tobacco industry did before them. This is the core take-home of what I’m about to describe next.

They used a public relations team to do most of their dirty work — paying scientists and academics to voice their “independent opinions,” influencing scientific journals, and getting journalists and editorial boards to write favorable and influential pieces to help them maintain their lies and influence minds.

Still, while the spending of tens of millions of dollars to influence voters resulted in a narrow defeat of Prop 37, the new, widespread awareness of GMOs, pesticides and industrial agriculture eventually led to Monsanto’s demise.

In 2013, in a last-ditch effort to salvage its tarnished image, Monsanto hired the PR firm Ketchum. As noted in a HuffPost articleby Paul Thacker, “Monsanto hit reboot with Ketchum,” which “created a campaign called GMO Answers, and used social media and third-party scientists to offer a counter narrative to allay concern about Monsanto’s products.”

The GMO Answers’ website is set up to allow professors at public universities answer GMO questions from the public — supposedly without remuneration from the industry. But over the years, evidence emerged showing that these academics are far from independent, and often end up getting paid for their contributions via hidden means, such as unrestricted grants.

University of Florida professor Kevin Folta is one prominent example described in my 2016 article “Scientific American — Another Monsanto Bedfellow.” In that article, I also review how GMO Answers co-sponsored a panel discussion about GMOs in March that year with the media and partnerships division of Scientific American.

Having purchased Monsanto at the end of 2016, Bayer continued the strategy to rely on PR firms for public acceptance. In the article“Bayer’s Shady PR Firms: Fleishmanhillard, Ketchum, FTI Consulting,” U.S. Right to Know reviews the many deception scandals involving these firms. A key discovery was evidence showing “there are objective strategies to silence strong voices.”

After investigating the strategies used by Monsanto and Bayer, we can now see that the same playbook is being used by Big Tech and Big Pharma to shape the public narratives about COVID-19 and the Great Reset. Again, a central facet of these campaigns is to silence critics, in particular those with large online followings, including yours truly.

According to Ahmed, I and others who question the safety and necessity of a COVID-19 vaccine may be prone to violent extremism. This defamatory statement clearly has no basis in reality whatsoever. Rather, it’s part of the propaganda aimed at destroying the opposition — in this case the opposition to the technocrats driving the Great Reset agenda, which spans across social, economic and health related sectors.

As reported by the National Vaccine Information Center, which was also on the CCDH list of national security threats:

“The anonymously funded CCDH also has an office in Washington, D.C. and the defamatory publicity campaign created in December 2020 was designed to not only discredit NVIC’s four-decade public record of working within the U.S. democratic system to secure vaccine safety and informed consent protections in public health policies and laws, but to destroy our small charity.”

Publicis is an organizing force in the Great Reset deception

Public deception is now being carried out at a mass scale, and the whole thing appears to be led and organized by another major PR firm, this time the Publicis Groupe, self-described as “one of the world’s largest communications groups,” which represents major companies within the technology, pharmaceutical and banking industries.”