Are you familiar with the history of weather and climate modification and geoengineering?

“Twenty years ago General Electric Company scientists Irving Langmuir and Vincent Schaefer modified clouds by “seeding” them with dry ice pel­lets. Not long afterward Bernard Von­negut, a co-worker, demonstrated that a smoke of silver iodide crystals would accomplish the same result. This was the beginning of the modern American history of weather and cli­mate modification through cloud seeding.” 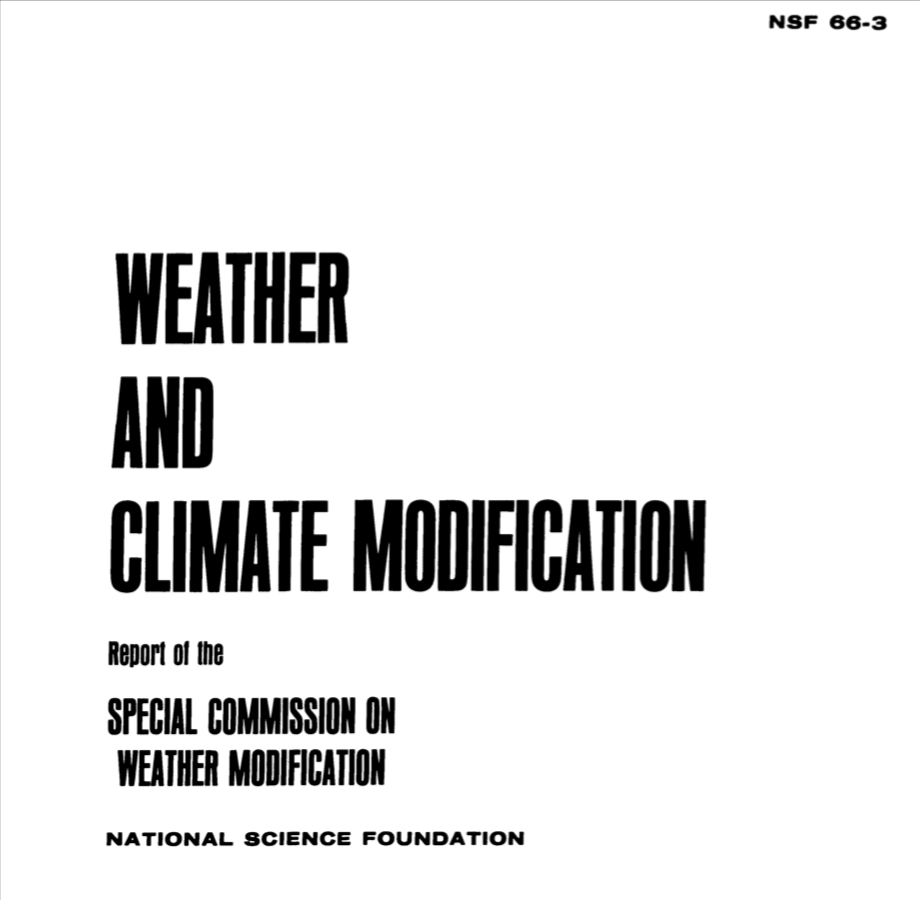 “Two U. S. Government pat­ents on methods of rainmaking were issued before the turn of the 20th century based, respectively, upon the production of carbon dioxide by ex­pending “liquified carbonic acid gas” and upon concussion by the detona­tion of explosives. Interestingly enough the long since expired patent, based on the production of carbon dioxide in the form of dry ice, antici­pated the cloud seeders of today.”

Link To Document_Weather and Climate Modification 1965

David Keith_Colbert_2013: “You could actually spray sulfuric acid into the stratosphere” Link To Video

“Solid aerosol particles have long been proposed as an alternative to sulfate aerosols for solar geoengineering.”