April 3, 2021 | The Endless War: Afghanistan Goes on and on  | By Philip Giraldi | Strategic Culture Foundation   | Source_GlobalResearch | 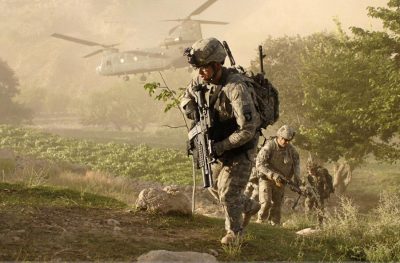 “Given the present atmosphere in Washington in which there is no lie so outrageous as to keep it out of the mainstream media, a great deal of policy making takes place without even key players in the government knowing what is going on behind their backs. Of course, there is a long tradition of government lying in general but most politicians and officials have probably convinced themselves that they are avoiding the truth because complicating issues might lead to endless debate where nothing ever gets done. There may be some truth to that, but it is a self-serving notion at best.

The real damage comes when governments lie in order to start or continue a war. The Administration of George W. Bush did just that when it lied about Iraq’s secular leader Saddam Hussein seeking nuclear weapons, supporting terrorists and developing delivery systems that would enable Iraq to attack the U.S. with the nukes. National Security Advisor Condoleezza Rice knew she was not telling the truth when she warned that “the problem here is that there will always be some uncertainty about how quickly he can acquire nuclear weapons. But we don’t want the smoking gun to be a mushroom cloud.” She also was a key player in the Bush team approval of the CIA’s use of torture on captured al-Qaeda.

Rice is, by the way, not in jail and is currently a highly esteemed elder statesman serving as Director of the Hoover Institution at Stanford University. Likewise for her friend and patron Madeleine Albright who famously declared that the deaths of 500,000 Iraqi children due to U.S. imposed sanctions were worth it. In the United States the only ones who are ever punished are those who expose the crimes being committed by the government, to include a number of whistleblowers and journalists like Julian Assange.

The active American military role in lying probably started at Valley Forge but it came into prominence with the Gulf of Tonkin Incident, which was an alleged attack by the North Vietnamese on U.S. Navy ships that led to an escalation in Washington’s direct role in what was to become the Vietnam War, which produced 58,000 American dead as well as an estimated three million Vietnamese. No one was punished for faking the casus belli and today Vietnam is a communist state in spite of the martial valor of the U.S. Army.  Overall commander of US forces in Vietnam General William Westmoreland, who died in 2005, repeatedly advised the media and the White House that the American military was “winning” and there would be victory in six more months. General Westmoreland knew he was lying, as the Pentagon Papers subsequently revealed, and he also proved reluctant to share his plans with the White House. He even developed a contingency plan to use nuclear weapons in Vietnam without informing the president and Secretary of Defense.”