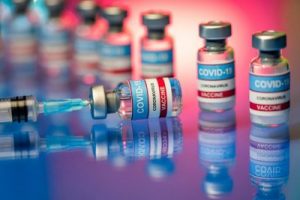 “When you ask somebody why they are choosing to take the covid vaccine or why they are wearing a mask, they may respond, “because science.” The next question to ask is, how many of these people have actually gone through the science of vaccines and whether or not masks may be an effective tool for limiting the spread of COVID?

From what I see, the majority of people receive their information from mainstream media organizations, which are organizations that have strongties to pharmaceutical corporations and governments, and are known for presenting one perspective that favours a particular agenda while completely ridiculing the other. They sometimes go as far as labelling another perspective as a “conspiracy theory” despite the fact that there is ample, credible evidence to support the claims of that perspective. Do people simply believe things because they feel that everybody else believes it too? What are the social and cultural implications of not being in alignment with the majority?

Due to reliance on a single media source, many people are not shown information and perspectives that tell a different or more complete story, especially when it comes to “controversial” topics. Often times, these topics are avoided using ridicule in place of addressing points brought up from other perspectives. We’ve seen a lot of this with COVID, an unprecedented amount of censorship of science has taken place with regards to all things COVID, and many academics have been speaking up about it for quite some time.

A quote I often like to use to demonstrate this, and one I’ve used many times before, comes from Dr. Kamran Abbasi, a recent executive editor of the prestigious British Medical Journal, editor of the Bulletin of the World Health Organization, and a consultant editor for PLOS Medicine. He is editor of the Journal of the Royal Society of Medicine and JRSM Open. He recently published a piece in the BMJ, titled “Covid-19: politicization, “corruption,” and suppression of science.”

Science is being suppressed for political and financial gain. Covid-19 has unleashed state corruption on a grand scale, and it is harmful to public health. Politicians and industry are responsible for this opportunistic embezzlement. So too are scientists and health experts. The pandemic has revealed how the medical-political complex can be manipulated in an emergency—a time when it is even more important to safeguard science.

I also recently wrote an article about Vinay Prasad MD MPH, an associate professor at the University of California San Francisco. He is one of many experts in the field during this pandemic who has been criticizing Facebook fact-checkers for their missteps in claiming content is false when it is not.

One of the best examples of suppression is “anti-lockdown” rhetoric. Multiple dozens of studies have shown and concluded that lockdowns do not reduce COVID infection, will kill more people than COVID due to lack of access to health care, starvation and more, and cause a wide range of other health and economical issues. Regardless, the experts who have been publishing and sharing this information have been heavily censored. And culturally, we’re pretending that there’s no science to oppose lockdowns.

I recently wrote an article by Dr. Sunetra Gupta, an Oxford professor who is regarded by many as the world’s pre-eminent infectious disease epidemiologist. She is one of many who explains that lockdowns have done nothing to protect people from COVID, and that they have caused a great deal of harm.

Why is it that such an alarming amount of respected experts who oppose the measures being taken to combat COVID, are being ridiculed, ignored, and unacknowledged, yet a political doctor, somebody like Anthony Fauci, can get all of the air time he pleases? Why aren’t all perspectives, science and data shared equally? Why have effective “alternative” treatments been ignored and the vaccine made out to be the only option?

Below are the top four reasons why COVID vaccine hesitancy is at an all time high among people of all backgrounds.

1. A Lack of Trust In Government & Pharmaceutical Companies.

First I’d like to draw your attention to a quote taken from a paper published in the International Journal for Crime, Justice and Social Democracy by professor Paddy Rawlinson, from Western Sydney University.

Critical criminology repeatedly has drawn attention to the state-corporate nexus as a site of corruption and other forms of criminality, a scenario exacerbated by the intensification of neoliberalism in areas such as health. The state-pharmaceutical relationship, which increasingly influences health policy, is no exception. That is especially so when pharmaceutical products such as vaccines, a burgeoning sector of the industry, are mandated in direct violation of the principle of informed consent. Such policies have provoked suspicion and dissent as critics question the integrity of the state-pharma alliance and its impact on vaccine safety. However, rather than encouraging open debate, draconian modes of governance have been implemented to repress and silence any form of criticism, thereby protecting the activities of the state and pharmaceutical industry from independent scrutiny. The article examines this relationship in the context of recent legislation in Australia to intensify its mandatory regime around vaccines. It argues that attempts to undermine freedom of speech, and to systematically excoriate those who criticise or dissent from mandatory vaccine programs, function as a corrupting process and, by extension, serve to provoke the notion that corruption does indeed exist within the state-pharma alliance.

There are many examples that illustrate why so many people simply cannot trust these institutions when it comes to anything, let alone health. Another one comes from comes from a paper published in 2010 by Robert G. Evans, PhD, Emeritus Professor, Vancouver School of Economics, UBC.  The paper, titled “Tough on Crime? Pfizer and the CIHR”  is accessible through the National Library of Medicine (PubMed), and it outlines how Pfizer has been a “habitual offender” constantly engaging in illegal and criminal activities. This particular paper points out that from 2002 to 2010, Pfizer has been “assessed $3 billion in criminal convictions, civil penalties and jury awards” and has set records for both criminal fines and total penalties. Keep in mind we are now in 2021, that number is likely much higher.

A fairly recent article published in the New England Journal of Medicine focuses on outlining why those injured by the COVID-19 vaccine won’t be eligible for compensation from the Vaccine Injury Compensation Program (VICP) because COVID is still an “emergency.” It also brings up the topic of vaccine hesitancy.

It mentions that among African Americans, many are hesitant to get their COVID vaccine because of events like the Tuskegee syphilis study. The study used African Americans to see how syphilis progressed. The people with syphilis were told they were receiving free treatment, but they were really receiving nothing. This also happened after the discovery of a cure, the people were still not given the cure or any other known treatment. They were lied to.

It wasn’t until a whistleblower, Peter Buxtun, leaked information about the study to the New York Times and the paper published it on the front page on November 16th, 1972, that the Tuskegee study finally ended. By this time only 74 of the test subjects were still alive. 128 patients had died of syphilis or its complications, 40 of their wives had been infected, and 19 of their children had acquired congenital syphilis.

The study in the NEJM points out:

In a Kaiser Family Foundation poll conducted in August and September 2020, it was found that 49%of Black respondents would probably not or definitely not take a Covid-19 vaccine, as compared with 33% of White respondents. Similarly, a Pew Research Center poll from November found that although 71% of Black respondents knew someone who had been hospitalized or died from Covid-19, only 42% intended to get a Covid-19 vaccine when it became available. These findings indicate a need to provide strong safety nets and supports to encourage Covid-19 vaccine adoption in vulnerable communities, including adequate injury compensation.

One study estimates up to 31 percent of  surveyed Americans may not take the vaccine. That’s a lot of people if you extrapolate it out to the entire population. And it’s hard to really know how many people won’t. CNN has made it seem as if Donald Trump supporters will not be taking the shot, if this is the case that could be more than 50 percent of Americans, or at least all those who voted for Trump, which is a big number.

There are countless examples, it’s not just within the black community. Multiple polls in Canada and the United States have shown that what seem to be quite a large minority will not be getting the vaccine. This also includes medical professionals. For example 50 percent of healthcare workers and hospital staff in Riverside County are refusing to take the COVID-19 vaccine. Keep in mind that Riverside County, California has a population of approximately 2.4 million. A survey conducted at Chicago’s Loretto Hospital shows that 40 percent of healthcare workers will not take the COVID-19 vaccine once it’s available to them.

Vaccine hesitancy among physicians and academics is nothing new. To illustrate this I often point to a conference held at the end of 2019 put on by the World Health Organization (WHO). At the conference, Dr. Heidi Larson a Professor of Anthropology and the Risk and Decision Scientist Director at the Vaccine Confidence Project Emphasized this point, having  stated,

The other thing that’s a trend, and an issue, is not just confidence in providers but confidence of health care providers. We have a very wobbly health professional frontline that is starting to question vaccines and the safety of vaccines. That’s a huge problem, because to this day any study I’ve seen…still, the most trusted person on any study I’ve seen globally is the health care provider.

Dr. Jay Bhattacharya, MD, PhD, from the Stanford University School of Medicine recently shared that the survival rate for people under 70 years of age is about 99.95 percent. He also said that COVID is less dangerous than the flu for children.  This comes based on approximately 50 studies that have been published, and information showing that more children in the U.S. have died from the flu than COVID. This correlates with data from Sweden as well.

Jonas F Ludvigsson a paediatrician at Örebro University Hospital and professor of clinical epidemiology at the Karolinska Institute has published research showing that out of nearly 2 million school children, zero died from covid despite no lockdowns, school closings or mask mandates during the first wave of the pandemic.”