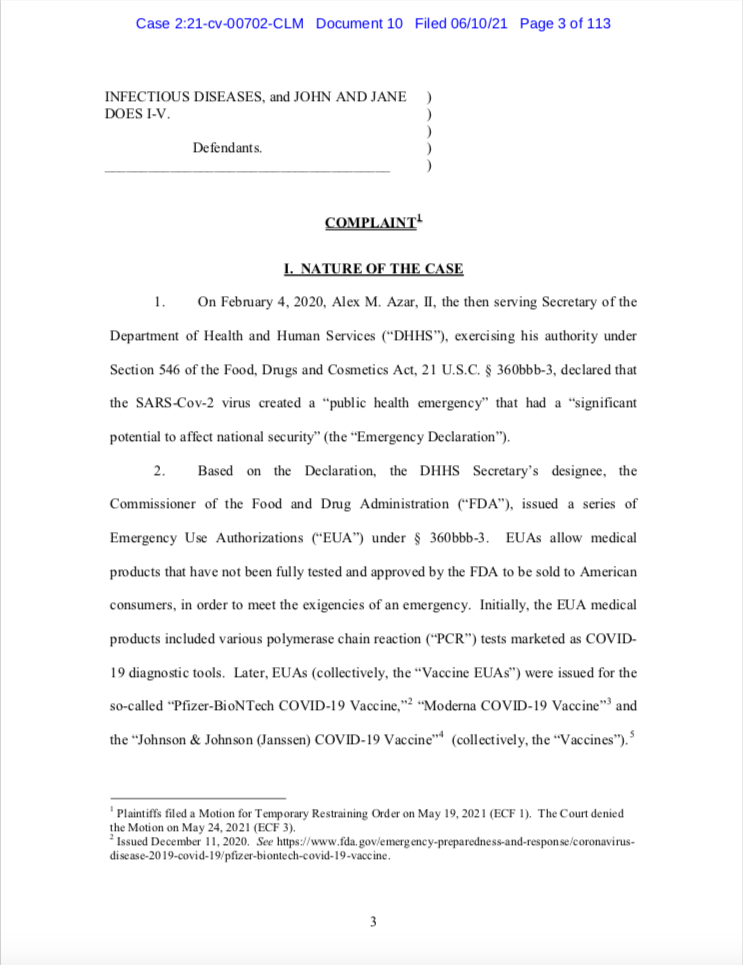 “The Vaccine EUAs are unlawful on multiple different grounds and must be terminated immediately. First, the Emergency Declaration upon which they are all based was unjustified. As Plaintiffs allege in detail and will show at trial with expert medical and scientific evidence, including the Defendants’ own data and studies, there is not now, and there never has been, a bona fide “public health emergency” due to the SARS-Cov-2 virus or the disease COVID-19. Virtually all of the PCR tests were calibrated to produce false positive results, which has enabled the Defendants and their counterparts in state governments to publish daily reports containing seriously inflated COVID-19 “case” and “death” counts that grossly exaggerate the public health threat.” p.5