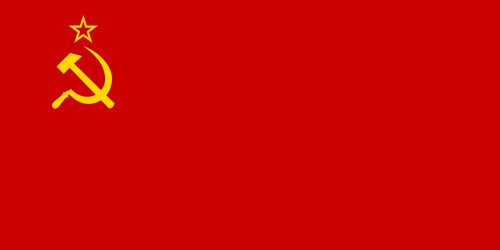 “Good evening everyone. I am a mother of three children in district. And I am very concerned. The proposed “Anti-racist program” is just a prettier name for racial Marxist teaching. You don’t need to sugar coat it for me. I lived it. Same methods , same vocabulary, same preferential treatment to certain groups. That’s why equity is packed with good causes like diversity and inclusion, so nobody can challenge it. But I know. Ask me how I know?

I was born in Soviet Union and my family has seen it all. Suffering first from Nazi and then from tyrannical Soviet Ideology. Back there, what started with Equity for All – quickly ended with Nothing to Eat for my people. And now my family is here because of it, because equity doesn’t work . We did not come here for a blanketed synthetic equity – we had enough of that one, we came here for Equal opportunity under the Law and freedoms in this country.

Soviets extinguished all the excellence and opportunity. They told us they were advocates for equity and enemies of privilege, people believed and we paid the awful price. this ideology killed millions of people worldwide. And now you bringing it here to indoctrinate our children. Equity was just a tool used by communists to make sure everyone was equally poorly educated, so people didn’t question authority. While in definition it was about fairness, In reality it means same outcome – nobody excels, mind-boggling sameness. The key tactic is to remove all the incentive and motivation to succeed for all the students.

Is this why Student Committee proposing less homework and audit of AP classes? Why are you trying to demotivate students and lower the standards instead of directly helping underperforming students? that’s exactly what equity means in reality, making everyone mediocre.

Yesterday I got a letter from school. The Marxist Equity mentioned 14 times. I have a message for everyone here, this is not a Bolshevik Central Schoold District in Soviet Union, this is Bedford Central School District in the United States of America. I was born in Siberia, I had to switch the continents because of equity, I can and I will switch a school district if the equity gets pushed , but I will never switch on American Dream and equal opportunity for my chilldren, the very unique, which uplifts, gives second chances to people like me, motivates, and brings the best in the people regardless race and ethnicity and we have to protect it. I know because I ve seen the other side, im here to warn you it’s not pretty.

=========== On June 16th ’21 I put my words to action and took a stand for every hardworking immigrant, who came to this country with simply nothing, just a hope for the better future. Who seen the atrocities of Marxism and Communism first hand. For whom America was the most accepting, freedom loving, peaceful bay until the very latest events. After communists failed on all grounds, impoverished and killed millions of people worldwide, they all moved to Academia. We can not let school indoctrinate our children, we have no other country to escape like we did once already. Let people know Equity is anti-American. Please share the message, many people are focused on CRT. But if schools deny they use CRT and still have Equity written all over their policies, this is it – the end of freedom loving America !! Thank you for keeping the good fight for future of our kids !”