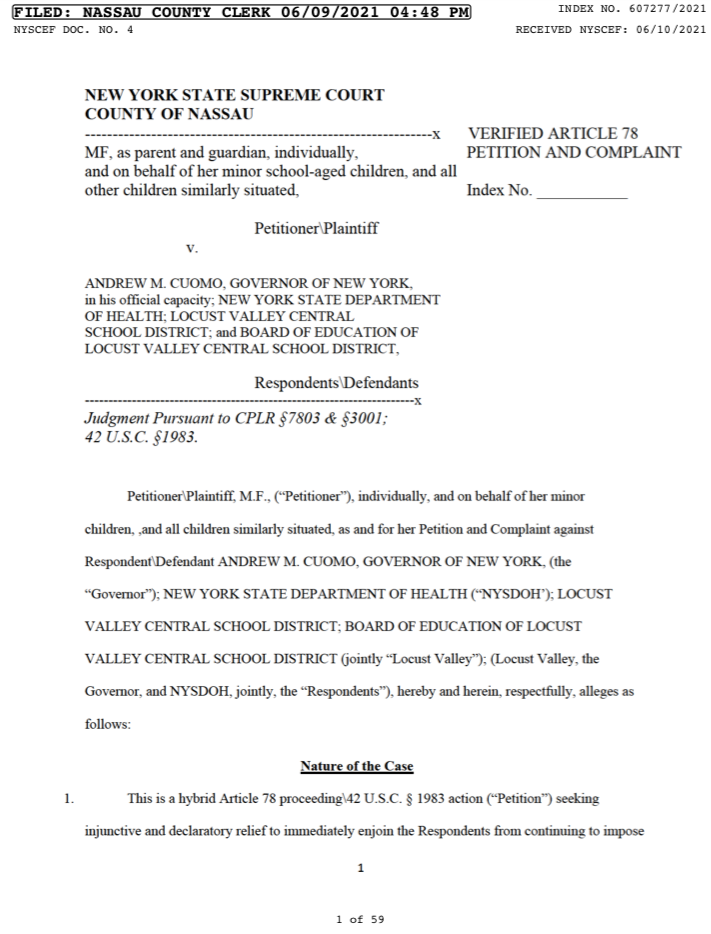 NY Stands Up! Lawsuit challenging the mask mandate as well as the emergency powers has been filed in NY Supreme Court 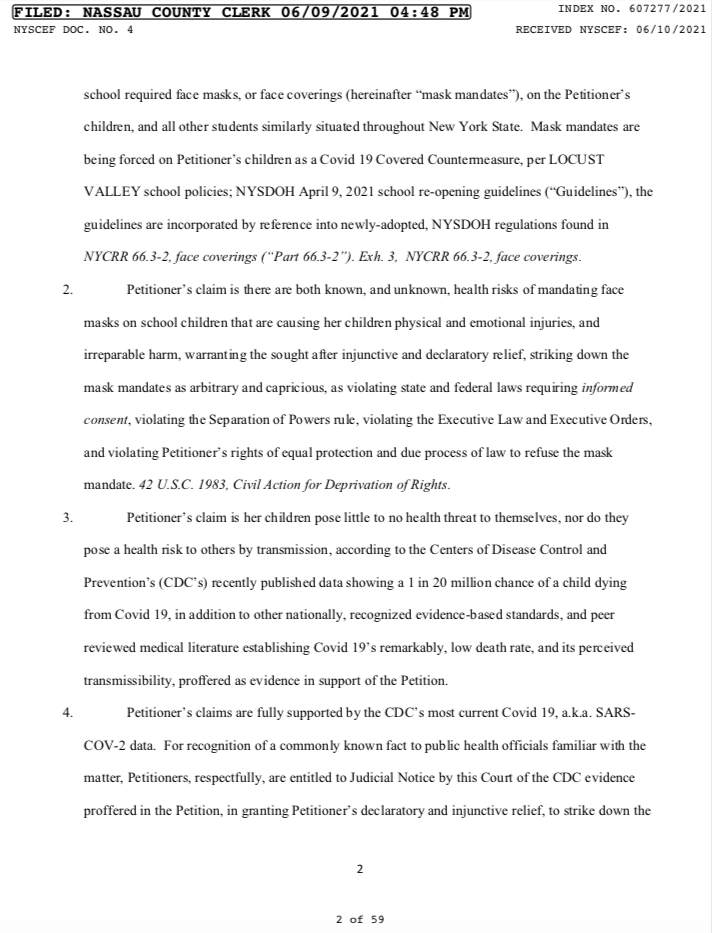 “Masks. Do they protect the sick from the healthy or the healthy from the sick? Traditionally, it was always the former. So, are you, perfectly healthy as you are, tired of being forced to wear a mask? Does this mandate infringe on your freedom? Freedom, to what? from what?

One year ago, if The People were told that they would be expected to wear a mask for the next year, and every half of a year thereafter, without any scientific evidence that the mask even makes any difference at all, they would have revolted.

One year ago, if The People were told that they would never again be able to attend a sporting event, theater, school event, or travel outside of the United States, without agreeing to receive a vaccine that had never been safety tested and approved by the FDA, they would have revolted.

One year ago, if The People were told that their government officials had been compromised by the money of billionaire forces such that The People are not first represented by their own legislators, they would have revolted.

One year ago, if The People were told that the Courts could no longer adjudicate their freedoms because in the midst of “an emergency” the rights and freedoms guaranteed to The People by their Constitutions no longer exists and are thereby null and void, they would have revolted.

One year ago, this lawyer, not a Constitutional Law attorney, could not believe such was the case and therefore started to file lawsuits to regain the rights and freedoms of The People. Much to the consternation of this lawyer it was proven that the Courts are compromised by the “emergency” powers of the government and are thereby largely unwilling and unable to protect the rights and freedoms of The People. This, while the government has been fully unable to prove that an emergency even exists. By its own numbers, it has been proven that whatever COVID-19 is, it is not any more lethal than any other viral enemy we face and is far less deadly to able-bodied people than the risk of drowning, accidental injury, suicide, or death from an addiction, all threats we face and are forced to accept every day.

So, why do we continue to wear masks and allow government and big business to tell us what we are going to do? Because we are law abiding citizens and have given the government every bit of deference despite the fact that they have not made a scientific case for mandating masks. That being said, we are preparing a legal action to restore our freedoms and set aside the mask mandate through the courts of the State of New York and by this communication ask for your financial support so that we can mount the best legal argument possible. Your financial support is appreciated in order to get the lawsuit filed and once it is completed we will be posting it herein for your review.

Thank you for standing up for our freedoms,