The 113-90 vote came after Wolf has lifted nearly all pandemic restrictions, except for the mask mandate which is in place until June 28 or 70% of the state is fully vaccinated. Pennsylvanians who are fully vaccinated no longer need to wear masks.

Pennsylvania primary voters on May 18 chose to limit the governor’s executive powers and hand more control of disaster declarations to the legislative branch.

“When the voters approved these constitutional amendments just a few short weeks ago, their message was loud and clear: It is time to end the governor’s emergency powers,” said House Speaker Bryan Cutler, R-Lancaster County. “We could not agree more.”

A celebratory applause broke out on the House floor after the vote and continued during a news conference with House leadership. 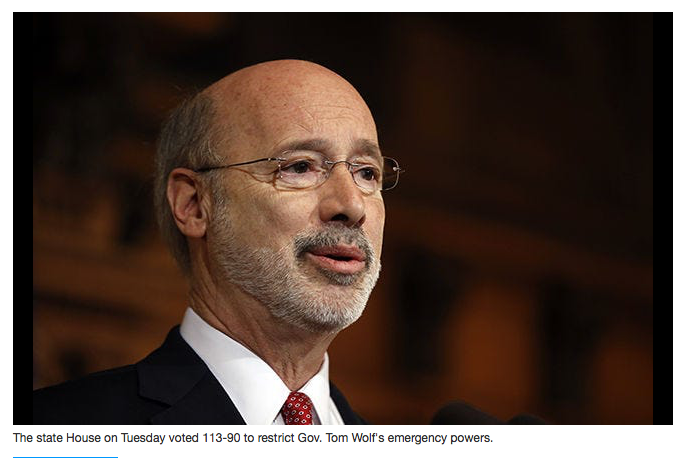 The resolution to strip Wolf’s emergency powers can’t officially take effect until primary results are certified, which the Department of State expects to be as soon as this month.

“Today was the day to finally end this,” Benninghoff said. “