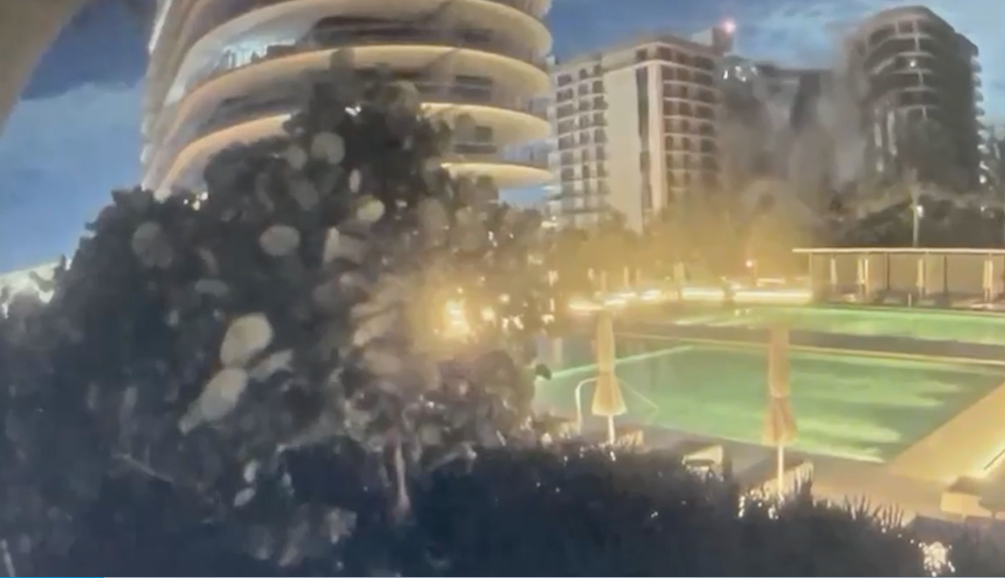 As usual there is likely much more to this story of the building “collapse” in Miami than we are being told by mainstream media. Let’s pray for the families and loved ones of the Surfside community.

To those who remember 911 and especially Building 7, the video footage of the Champlain Towers South Condo “collapse” looks familiar.

Of note are the flashing lights near the top and bottom of the buildings and in the sky, which may be indicative of explosives or directed energy weapons.

“A surveillance camera from a nearby building caught the exact moment part of Champlain Towers South Condo collapsed on June 24, 2021 in Miami.”    Source

Link to demolition of WTC Building 7   September 11, 2011
Link To The demolition of the former Miami Herald building continued as a 100-foot section of the south wall was brought down Monday, April 28, 2014.
Link to Top 5 Controlled Demolitions
Link To_6.24.21_Surfside, Miami Demo
Follow us on Social Media
facebook