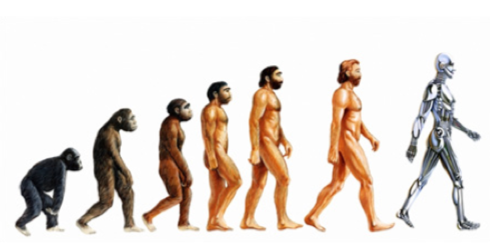 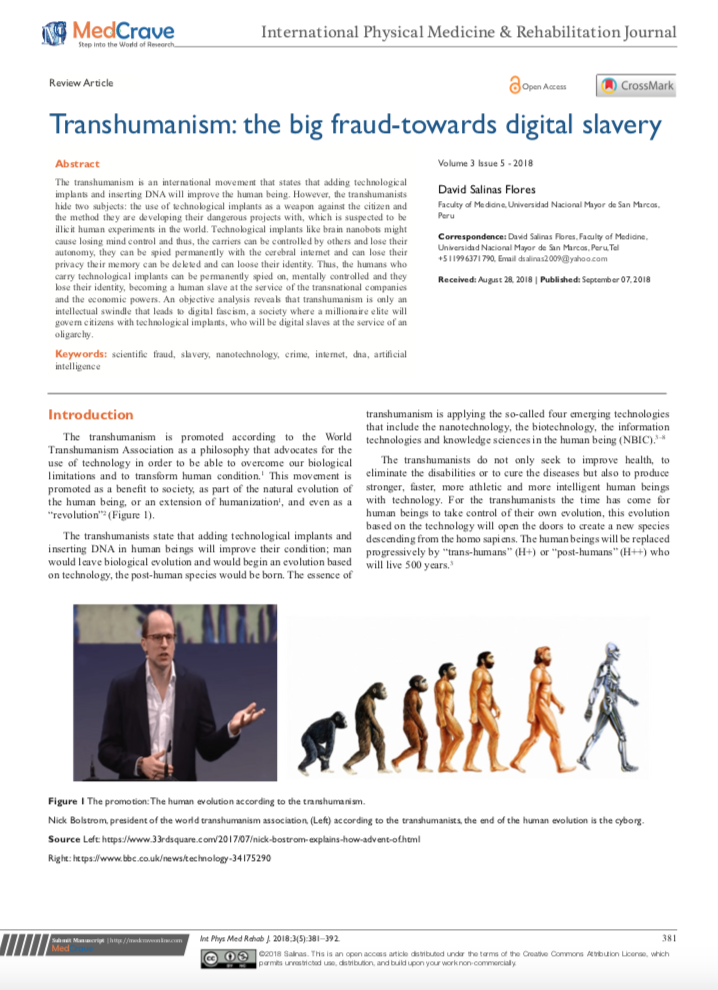 “The transhumanism is an international movement that states that adding technological implants and inserting DNA will improve the human being. However, the transhumanists hide two subjects: the use of technological implants as a weapon against the citizen and the method they are developing their dangerous projects with, which is suspected to be illicit human experiments in the world. Technological implants like brain nanobots might cause losing mind control and thus, the carriers can be controlled by others and lose their autonomy, they can be spied permanently with the cerebral internet and can lose their privacy their memory can be deleted and can loose their identity. Thus, the humans who carry technological implants can be permanently spied on, mentally controlled and they lose their identity, becoming a human slave at the service of the transnational companies and the economic powers. An objective analysis reveals that transhumanism is only an intellectual swindle that leads to digital fascism, a society where a millionaire elite will govern citizens with technological implants, who will be digital slaves at the service of an oligarchy.”