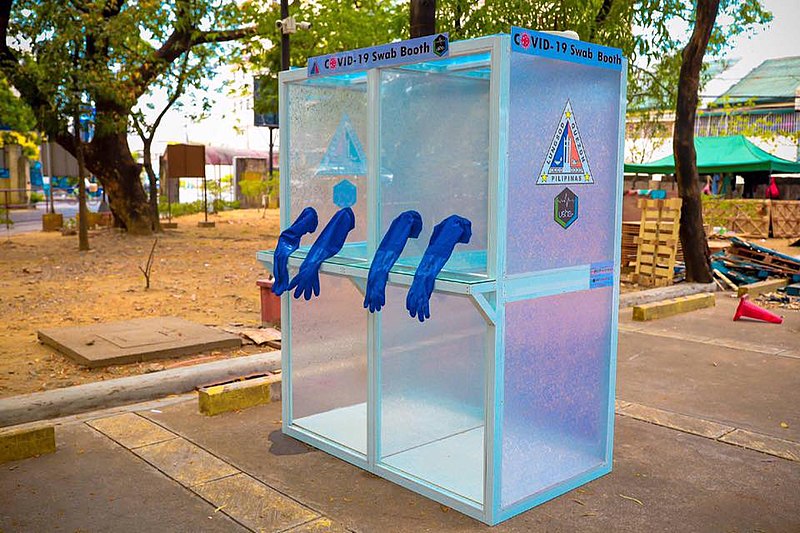 Covid 19 and the PCR test – No pandemic, only junk data!

“Our world, once thriving with energy and life, has now become a dystopian landscape of barren streets and masked people with a look of foreboding in their eyes.

Governments around the world have enforced unprecedented restrictions on people’s lives,
imposing lockdowns that closed down most of society for months at a time. Stopping people from visiting their family, isolating the elderly in care homes and destroying millions of people’s livelihoods.

These draconian laws were brought in to control an alleged pandemic created by a new virus called SARS-CoV-2 that creates the respiratory illness of Covid 19. The numbers of so called ‘cases’ and deaths ‘attributed to Covid’ are churned out daily by the media fanning the fear. The hurricane force driving this pandemic is the reverse transcription polymerase chain reaction test (RT-PCR). So, it’s vitally important that we understand exactly how the RT-PCR test works and its limitations.

The PCR test was invented by the late American Kary Mullis in the mid 1980’s for which he received the Nobel Prize in 1993 in Chemistry. Mullis died in August 2019.

The CT rate that PCR tests are run at relating to whether someone has SARS-CoV-2 in the sample, is vitally important. Dr. Roger Hodkinson, a pathologist knowledgeable in PCR, told me that PCR tests should be below 32 cycles. If you run a PCR at over 32 CT, you start to get a lot of false positives. The higher the CT the greater the likelihood of false positive results.

The importance of the CT value was shown in a landmark court case in Portugal in November 2020. Four German tourists were forced to quarantine in a hotel in the Azores after one of them tested positive with a PCR test. The Germans brought a court case stating that they were ‘illegally confined’ in the hotel.

The Germans won their case when the Lisbon Appeal Court ruled that they were illegally held in a hotel based on a PCR test. The judges referred to a study of the PCR test by the Oxford Academic at the end of September. The study showed that any asymptomatic person being tested with a PCR test at a 35 CT or higher ‘’the probability of…receiving a false positive is 97% or higher.’’

Although it is unknown exactly at what CT value the German tourist’s PCR test was run at, virtually all European and US labs are running PCR tests at 35 CT or above, often
at 40 CT.

The judges were also critical of the fact that the supposed infected person was never seen by a doctor. Only a doctor can make a medical diagnosis. This very important court case was totally ignored by the mainstream media (MSM).

Another problem with PCR tests is getting false positives from the DNA of other organisms, often referred to as cross reactions. There are billions of different DNA’s from the multitude of life forms on our planet. Some of the cells in other organisms will have parts of their genetic sequence that are identical to SARS-CoV-2.  A PCR test can give a positive for a partial genetic sequence match with DNA contamination from a plant, animal or other life form.

This was further verified by the late President of Tanzania John Magufuli. Magufuli wanted to test the reliability of the PCR test. His government randomly obtained samples from different non-human entities. Three that were tested was a goat, a sheep and a pawpaw ( a type of fruit). The samples were given human names and ages. In May 2020 Magufuli stated that the pawpaw and goat tested positive.

Due to the highly sensitive nature of PCR, it can also pick up viral fragments that may represent a recent SARS–CoV–2 infection. Let’s say you were sick with Covid 19 and then made a full recovery. Even 3 or 4 weeks later, you could still test positive, because the test cannot differentiate between a ’live’ or dead virus.

It’s also incorrect to assume that a positive PCR test equates to a clinical diagnosis of a disease in people. Positive results are not ‘cases’, they are simply positive results, many of which are actually false positives. Never in the history of medicine would a medical diagnosis be based solely on a PCR test. You need the skill and expertise of a doctor to evaluate symptoms and examine the patient. Dr Hodkinson added, “in medicine we don’t treat the numbers, we treat the whole patient”.

We keep hearing the number of supposed ‘cases’ by governments and media worldwide, but a positive PCR is never automatically considered a case in medicine.  A case is someone who is visibly sick and/or is presenting to hospital, not a healthy person who happened to test positive with a test that is prone to many errors.”

“The German virologist Professor Dr. Christian Drosten is THE face of the current corona crisis! The weekly magazine Stern even headlined in March 2020: “The coronavirus has made virologist Christian Drosten the most sought-after man in the Republic. And a star.” [1] For it was Christian Drosten who developed the PCR corona test in January 2020, which from then on served as the standard method for detecting the coronavirus covid19 worldwide. As Institute Director of the Berlin Charité, he is a very influential advisor to the German government and participated as an expert in many government press conferences. Thus, through his assessments, he also significantly influenced far-reaching political decisions, such as the compulsory wearing of masks, the suspension of regular school lessons, or the closure of the entire catering industry.” LINK

“It was clear something was awry when both the goats and the pawpaw tested positive for the coronavirus.”

“Coronavirus test kits have aroused suspicions in Salaam, Tanzania after results taken from goats and fruit came back positive in what the country’s leader has dubbed a “technical error.” Tanzanian president John Magufuli memorably raised eyebrows earlier this week for touting an anti-COVID herbal tonicdespite no scientific evidence that it cured the coronavirus.

Magufuli claimed he tried to vet the quality of the disease-detection equipment, which was reportedly imported from abroad, by having his security forces obtain random samples from goats, sheep and a local fruit called a pawpaw, Reuters reported. The sub-Saharan nation’s leader said he then assigned them human names and ages and delivered them to lab technicians who were purposefully unaware of their animal origins, in a bizarre blind test.” Source