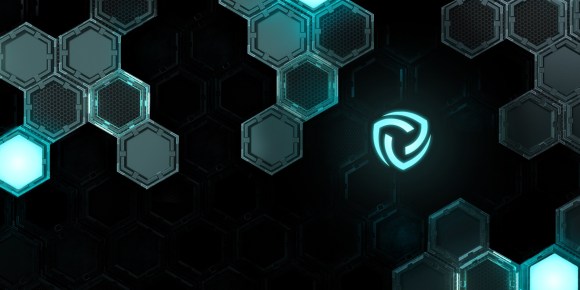 From “Event 201” to “Cyber Polygon”: The WEF’s Simulation of a Coming “Cyber Pandemic”

“Last year, the World Economic Forum teamed up with the Russian government and global banks to run a high-profile cyberattack simulation that targeted the financial industry, an actual event that would pave the way for a “reset” of the global economy. The simulation, named Cyber Polygon, may have been more than a typical planning exercise and bears similarities to the WEF-sponsored pandemic simulation Event 201 that briefly preceded the COVID-19 crisis.

On Wednesday, the World Economic Forum (WEF), along with Russia’s Sberbank and its cybersecurity subsidiary BI.ZONE announced that a new global cyberattack simulation would take place this coming July to instruct participants in “developing secure ecosystems” by simulating a supply-chain cyberattack similar to the recent SolarWinds hack that would “assess the cyber resilience” of the exercise’s participants. On the newly updated event website, the simulation, called Cyber Polygon 2021, ominously warns that, given the digitalization trends largely spurred by the COVID-19 crisis, “a single vulnerable link is enough to bring down the entire system, just like the domino effect,” adding that “a secure approach to digital development today will determine the future of humanity for decades to come.”

The exercise comes several months after the WEF, the “international organization for public-private cooperation” that counts the world’s richest elite among its members, formally announced its movement for a Great Reset, which would involve the coordinated transition to a Fourth Industrial Revolution global economy in which human workers become increasingly irrelevant. This revolution, including its biggest proponent, WEF founder Klaus Schwab, has previously presented a major problem for WEF members and member organizations in terms of what will happen to the masses of people left unemployed by the increasing automation and digitalization in the workplace.

New economic systems that are digitally based and either partnered with or run by central banks are a key part of the WEF’s Great Reset, and such systems would be part of the answer to controlling the masses of the recently unemployed. As others have noted, these digital monopolies, not just financial services, would allow those who control them to “turn off” a person’s money and access to services if that individual does not comply with certain laws, mandates and regulations.

The WEF has been actively promoting and creating such systems and has most recently taken to calling its preferred model “stakeholder capitalism.” Though advertised as a more “inclusive” form of capitalism, stakeholder capitalism would essentially fuse the public and private sectors, creating a system much more like Mussolini’s corporatist style of fascism than anything else.

Yet, to usher in this new and radically different system, the current corrupt system must somehow collapse in its entirety, and its replacement must be successfully marketed to the masses as somehow better than its predecessor. When the world’s most powerful people, such as members of the WEF, desire to make radical changes, crises conveniently emerge—whether a war, a plague, or economic collapse—that enable a “reset” of the system, which is frequently accompanied by a massive upward transfer of wealth.

In recent decades, such events have often been preceded by simulations that come thick and fast before the very event they were meant to “prevent” takes place. Recent examples include the 2020 US election and COVID-19. One of these, Event 201, was cohosted by the World Economic Forum in October 2019 and simulated a novel coronavirus pandemic that spreads around the world and causes major disruptions to the global economy—just a few weeks before the first case of COVID-19 appeared. Cyber Polygon 2021 is merely the latest such simulation, cosponsored by the World Economic Forum. The forum’s current agenda and its past track record of hosting prophetic simulations demands that the exercise be scrutinized.

Though Cyber Polygon 2021 is months off, it was preceded by Cyber Polygon 2020, a similar WEF-sponsored simulation that took place last July in which speakers warned of a coming deadly “pandemic” of cyberattacks that would largely target two economic sectors, healthcare and finance. Cyber Polygon 2020 was officially described as “international online training for raising global cyber resilience” and involved many of the world’s biggest tech companies and international authorities, from IBM to INTERPOL. There were also many surprising participants at the event, some of whom have been traditionally seen as opposed to Western imperial interests. For example, the person chosen to open the Cyber Polygon event was the prime minister of the Russian Federation, Mikhail Mishustin, and its main host, BI.ZONE, was a subsidiary of the Russian-government-controlled Sberbank. This suggests that the overused “Russian hacker” narrative may be coming to an end or will soon be switched out for another boogeyman more suitable in light of current political realities.”

Digitalisation is accelerating everywhere. New digital ecosystems are forming all around us, creating unnoticed linkages across services and supply chains.

As the world grows more interconnected, the speed of development makes it difficult to assess the impact of change.

A secure approach to digital development today will determine the shape of our future for decades to come. Having the right skills in place is key to protecting organisations from attack now.

What is Cyber Polygon?

The 2021 conference discusses the key risks of digitalisation and best practice for the secure development of digital ecosystems.

The 2021 technical exercise builds and tests the skills needed to protect our industries, centring on a targeted supply-chain attack.

Every year, the training brings together a global businesses and government agencies to collaborate on technical exercises. The live stream draws in millions of spectators from across the world.”  LINK