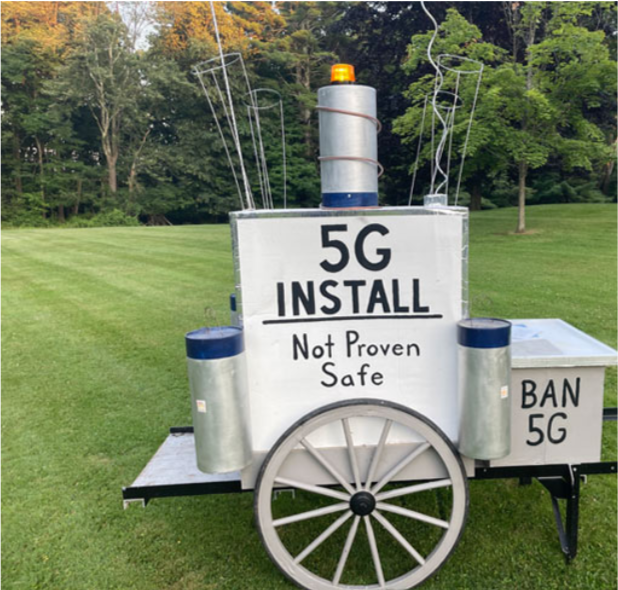 “The Woodstock Planning Board unanimously denied an application to install new, 5g-capable T-Mobile antennas on the town-owned cell tower because their size would cause a negative visual impact and criticized the company for appearing to purposely run out a federally imposed time limit.

“The six antennas T-Mobile wishes to install are larger in size than T-Mobile’s existing antennas and will create more than 100 square feet of outward-facing panel antenna surface area on its array,” said planning board vice chair Stuart Lipkind, who drafted the decision.

While the new equipment would provide better data bandwidth, planning board members were skeptical it will result in better coverage in areas with marginal or no service. The board has requested detailed signal propagation maps but none have been provided.

Lipkind conducted extensive research including the history of the town agreement to build the tower, before drafting his decision, which the five members present approved. Members James Conrad and Conor Wenk were absent.

The applicant, Crown Castle, stated its application is an “eligible facilities request”— a specific designation under FCC guidelines that limits the ability of state and local governments to deny applications and imposes a 60-day limit on the review process for modifications that don’t “substantially change the physical dimensions” of a cell tower

If it is not considered an eligible facility, a so-called 60-day shot clock does not apply to the application. Crown Castle cited the 60-day clock when it filed its application, which was dated May 5 but not received by the Planning Department until May 10.

Crown Castle manages tower operations and evenly splits lease revenue from AT&T, T-Mobile and Verizon with the town. It took over from JNS Enterprises, the original company that constructed the tower.

Lipkind was careful to note for the record neither Crown Castle nor T-Mobile sent any representatives to the meeting despite requests for their presence. The Planning Board heard from Crown Castle representative Richard Zajac at its June 17 meeting. Unsatisfied with his answers, the board sent a letter June 21 requesting more information because some of the proposed equipment is 5G-capable and some are concerned about impacts such new technology poses.”