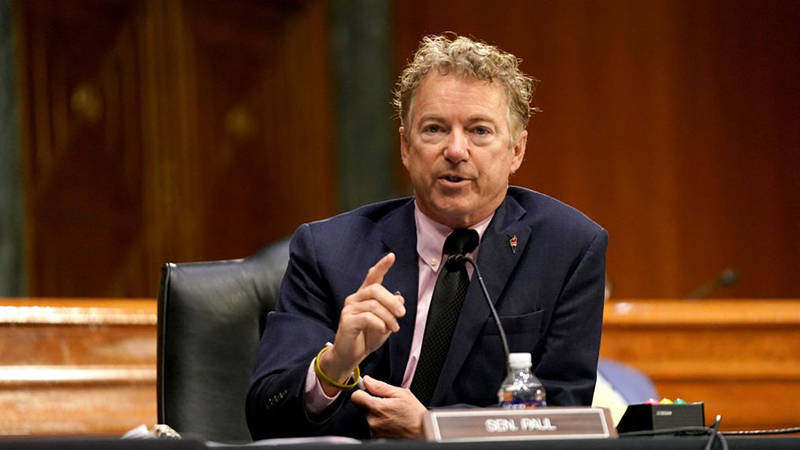 “Senator Rand Paul declared Thursday that he intends to introduce legislation that would scrap mask mandates, specifically on planes, calling the practice a ‘farce’.

Paul noted that he intends to seek a repeal of Joe Biden’s executive order mandating masks on public transit.

Paul tweeted that he will seek “immediate repeal of the mask mandate on planes” when the Senate reconvenes next week, adding, “let people travel in peace!”

When the Senate returns to session, I will be introducing an immediate repeal of the mask mandate on planes. Enough! Time to stop this farce and let people travel in peace!

The Transportation Security Administration has decided to continue its mask mandate at least into September, with fines for those who fail to comply.

According to reports, the FAA has handed out fines to unruly travelers totaling $682,000 this year alone.

Paul has consistently railed against the mask mandate, previously calling it a strategy of government “fear mongering,” “security theater,” and calling for Biden to burn his mask on live TV.”