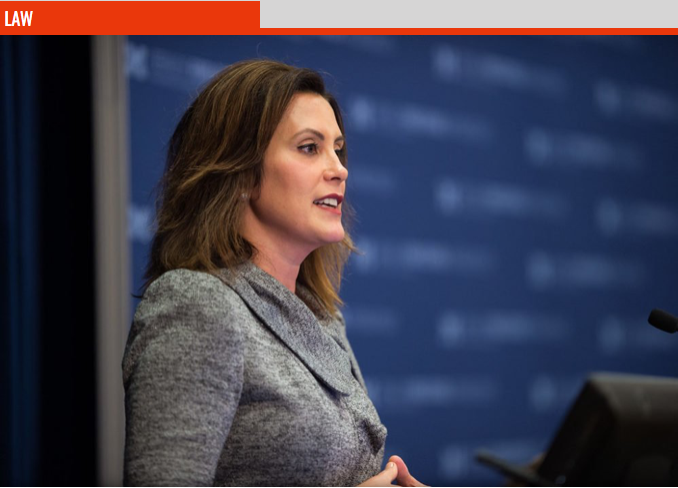 “On Wednesday, the GOP-controlled Michigan legislature repealed a 1945 Emergency Powers of Governor Act that allowed Gov. Gretchen Whitmer to pass dozens of executive orders to keep Michigan in indefinite lockdown without the approval of the legislature. The emergency powers act had been declared unconstitutional by the Michigan Supreme Court in October, but prior to the repeal the law remained on the books for potential future gubernatorial abuse.

A group called Unlock Michigan led the petition initiative, collecting more than half a million signatures, and the Senate voted 20-15 to approve the initiative last week. The state House then voted 60-48 in favor of the petition to repeal the emergency powers act. Whitmer had previously vetoed attempts by the legislature to abolish the law, but is powerless to veto it this time because the initiative is citizen-led.

“Ultimately, in spite of all the attempts by the governor, the attorney general, and the secretary of state to undermine liberty and ignore the Constitution, the people showed their voice still matters,” Matt Seely of the Michigan Conservative Coalition told the Federalist. “After submitting half a million signatures, the Michigan legislature did the right thing and rescinded a law that was being exploited,  in the exact terminology from our Supreme Court, ‘unconstitutionally and illegally.’”

State Rep. Andrew Fink, R-Hillsdale, said the repeal sent a message to Whitmer that she doesn’t have unlimited executive power.”