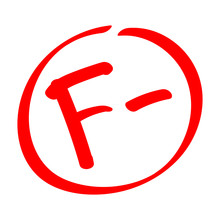 No Victory Lap For Governors Who Locked Down America

“There are no fact-checkers for victory laps. Last week, New York Gov. Andrew Cuomo summarized his experience with the Covid-19 crisis: “Speaking for myself, it was a tremendous personal benefit.”

Cuomo made that declaration in a speech concluding his one-year chairmanship of the National Governors Association.

Because Cuomo’s spiel sought to rewrite history to exonerate politicians who ravaged Americans’ rights and liberties, it requires a rebuttal.

Cuomo declared that “we maximized the moment as governors. Governors have a new credibility. Governors have a new status.” Cuomo epitomized the rush to “absolute power” that occurred in governor’s mansions across the nation. After he fueled pandemic fears, the New York Times proclaimed, “Andrew Cuomo Is the Control Freak We Need Right Now.” A New Yorker profile, titled “Andrew Cuomo, King of New York,” explained that Cuomo and his aides saw the battle over Covid policy as “between people who believe government can be a force for good and those who think otherwise.” Cuomo denounced anyone who disobeyed his edicts, including condemning sheriffs as “dictators” for refusing to enforce his mask mandate inside people’s homes.

Cuomo justified placing almost 20 million people under house arrest: “If everything we do saves just one life, I’ll be happy.” Though his repressive policies failed to prevent New York from having among the nation’s highest Covid death rates, he became a superhero thanks largely to media scoring that ignored almost all of the harms he inflicted. Cuomo won an Emmy Award for his “masterful use of television” during the pandemic. Media valorization helped make Cuomo’s self-tribute book, American Crisis: Leadership Lessons from the COVID-19 Pandemic, a bestseller.

Cuomo had plenty of power-mad accomplices in the governors’ association.

The CDC eventually admitted that there was almost no risk of Covid contagion from outdoors activity not amidst a throng of people.

But that did not stop politicians from claiming that “science and data” justified locking people in their homes.”