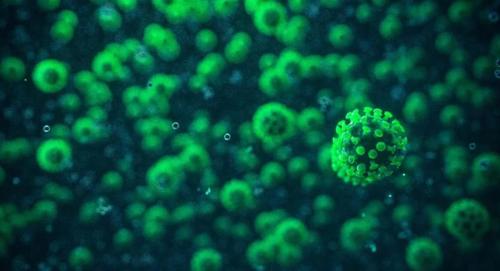 Yesterday, we delved into the issue of the Delta variant as daily COVID cases reported in the US ticked higher after touching their lowest levels since the start of the pandemic. The data set off another round of warnings about the relatively large swath of Americans who refuse to get the vaccine.

On Wednesday, Bloomberg published the latest in a series of stories effectively re-stating the same facts: the vaccination rate in a handful of deep-red states has substantially lagged the rate in the rest of the country. The lead-in for Wednesday’s story was the fact that the gap between the most- and least-vaccinated states has continued to widen. Though even Bloomberg concedes that “on a national level, the news appears good…the country’s vaccination campaign is among the most successful in the world…”

One academic quoted in the Bloomberg story, Timothy Callaghan, who studies rural health at Texas A&M, warned that “we’re going to have counties where vaccination is rare and nowhere close to herd immunity, and others where it’s high. We could be headed toward a divided country of haves and have nots.”

They also warned that an analysis last week of COVID cases in 700 counties found that the new delta variant first identified in India (which, according to Bloomberg, is “far more contagious”) has been found more often in less-vaccinated US counties.

But is the Delta variant really “far more contagious” than earlier iterations of SARS-CoV-2?

The implication from these headlines is that somehow this variant is truly more transmissible and deadly (as the previous variants were falsely portrayed to be), they escape natural immunity and possibly the vaccine — and therefore, paradoxically, you must get vaccinated and continue doing all the things that failed to work for the other variants!

After each city and country began getting ascribed its own “variant,” I think the panic merchants realized that the masses would catch on to the variant scam, so they decided to rename them Alpha (British), Beta (South African), Gamma (Brazilian), and Delta (Indian), which sounds more like a hierarchy of progression and severity rather than each region simply getting hit when it’s in season until the area reaches herd immunity.

However, if people would actually look at the data, they’d realize that the Delta variant is actually less deadly. These headlines are able to gain momentum only because of the absurd public perception that somehow India got hit worse than the rest of the world.In reality, India has one-seventh the death rate per capita of the U.S.; it’s just that India got the major winter wave later, when the Western countries were largely done with it, thereby giving the illusion that India somehow suffered worse. Now, the public health Nazis are transferring their first big lie about what happened in India back to the Western world.”