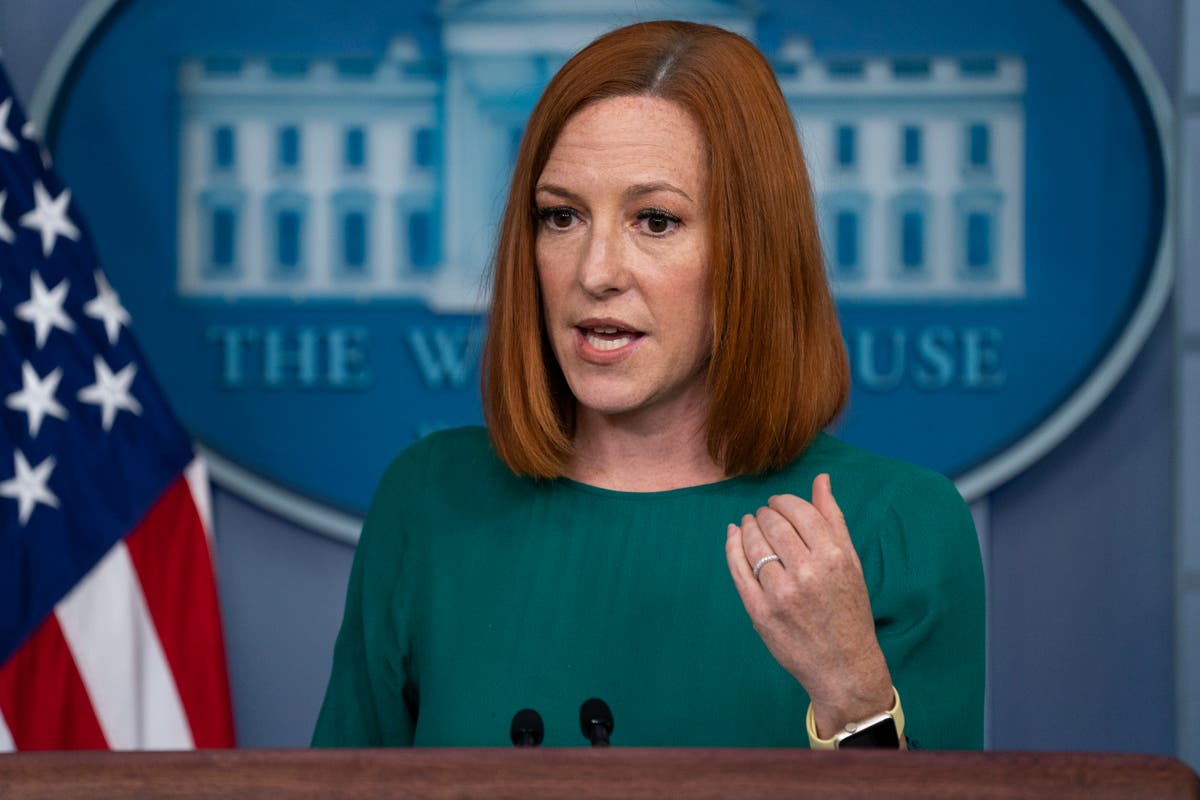 “In what’s surely the biggest “Imagine the outrage if Trump had done that” moment to date, the Biden administration has admitted that it is giving Facebook a list of accounts to censor for spreading “disinformation” about the Covid-19 response.

“We’ve increased disinformation research and tracking,” Press Secretary Jen Psaki told the press on Thursday. “Within the Surgeon General’s Office, we’re flagging problematic posts for Facebook that spread disinformation. We’re working with doctors and medical professionals to connect medical experts with people, who are popular with their audiences with accurate information and boost trusted content. So, we’re helping get trusted content out there.”

Psaki told the White House press corps that the administration has a list of accounts who produce most of the anti-vaccine information on Facebook, which civil libertarians are decrying as an obviously authoritarian government overreach.

“The Biden administration is telling Facebook which posts it regards as ‘problematic’ so that Facebook can remove them,” Glenn Greenwald said on Twitter in response to the news. “This is the union of corporate and state power — one of the classic hallmarks of fascism — that the people who spent five years babbling about fascism support.”

“If you don’t find it deeply disturbing that the White House is ‘flagging’ internet content that they deem ‘problematic’ to their Facebook allies for removal, then you are definitionally an authoritarian,” Greenwald said. “No other information is needed about you to know that. There is no circumstance — none — in which it’s acceptable for the White House or any other agency of the government to be providing lists to Facebook of ‘problematic’ content it wants removed, yet that’s exactly what Psaki says they’re doing. The White House is admitting that they’re compiling lists of people who they claim are posting content they regard as ‘problematic’ and that constitute ‘misinformation’ and are demanding Facebook remove them. This is authoritarianism.”

“The idea that social media executives and their site moderators have been practicing censorship of speech with which they do not agree on their own is bad enough,” Wood stated, “but for them to be acting in concert with the federal government to suppress ideas and opinions that run counter to the administration’s narrative? That’s a whole new level of unconstitutionality.” Link 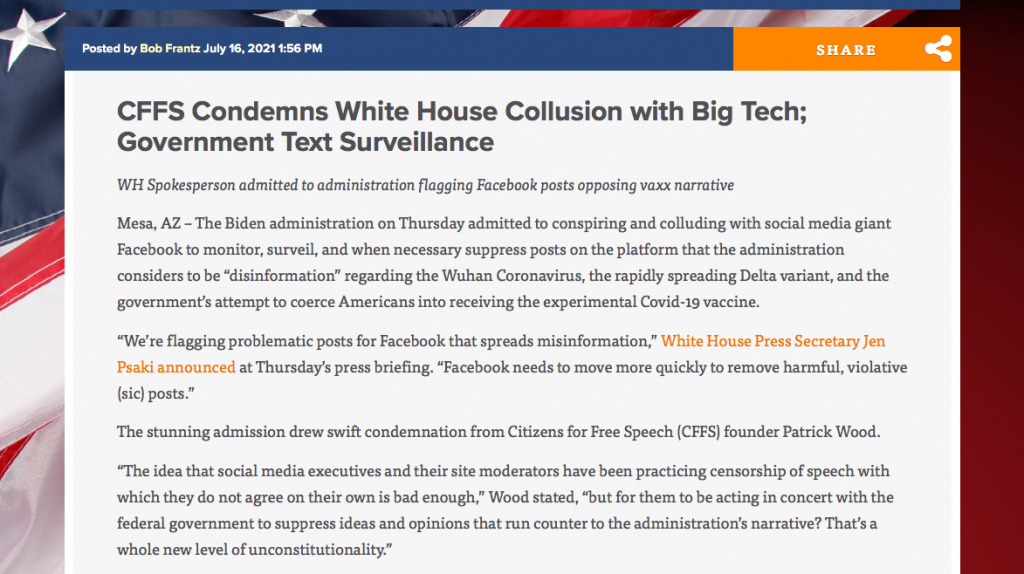 Link To Press Release from Citizens For Free Speech