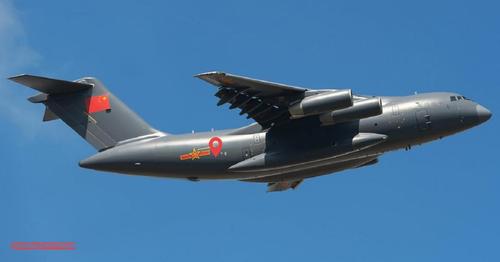 Why Did China Buy an Airstrip in Texas?

“Should nations let their enemies purchase land within their own borders? You’d likely give a resounding ‘no’ to this question, correct?

And yet, a former Chinese general with alleged ties to Chinese concentration camps recently bought an airstrip in Texas. And this isn’t just some random ranch in the middle of nowhere. It is 200 square miles (130,000 acres) of land between one of the most active Air Force bases in the U.S. and the border of Mexico.

As the world is being fear-mongered about “variants,” this is happening right under American noses.

Who is Sun Guangxin?

Sun Guangxin is a former General of the People’s Liberation Army in China. He owns two-thirds of real estate where the Uyghur concentration camps are located in the capital of Xinjiang.

Russia had The Gulag. China has the LAOGAI.

The terrors that take place within the LAOGAI system can be seen and read about on the LAOGAI Research website. The pictures and nightmarish stories within will show you the brutal truth about socialism/communism.

Sun Guangxin, who has close ties to the Chinese Communist Party, purchased the land allegedly to build wind farms, Kyle Bass, founder, and principal of Hayman Capital Management and a founding member of the Committee on the Present Danger: China, told Epoch T.V. in a recent interview.

Should We Be Concerned About the Morning Star Ranch?

“You’ve got a former People’s Liberation Army general billionaire who has bought over 130,000 acres of Texan land, including a giant wind farm in an area where there isn’t particularly a lot of wind but happens to be right beside a very sensitive U.S. military installation,” Bass said.[source]

And the Morning Star Ranch has its own airfield. We’re not talking about just some cruddy dirt airstrip for a Cessna, either. We’re talking about a well-maintained, paved runway that’s somewhere in the ballpark of 4000-5000 feet. Current reports indicate that the former General may have expanded to 10,000 feet. The airfield is listed as permanently closed by the FAA (its call sign is TA81), yet it appears to be well-maintained.

Why Did Guangxin Purchase Land in the U.S.?

The former Chinese General purchased the land to allegedly build wind farms. The name of the property purchased by the Chinese firm is called the Morning Star Ranch.

Who Wants a (Reportedly) 10,000-Foot Long Airway in the Middle of Nowhere, Texas?

Or, perhaps a better question: WHY would anyone want an airway of this size in the middle of Nowhere, Texas?

Maybe to land a Chinese-130 or Chinese-130J clone? (This size runway could easily accommodate such an aircraft.)

We’re talking about a remote ranch with excellent views in all directions. It has ready access to a nearby Air Force pilot training base. And it’s not too far from Mexico.

Let’s Build a Wind Farm Where There’s No Wind!

As I mentioned above, Guangxin allegedly purchased the airstrip to develop a wind farm on the premises. Interestingly, this region of Texas is not known for its high wind volume.

“You’ve got a former People’s Liberation Army general billionaire who has bought over 130,000 acres of Texan land, including a giant wind farm in an area where there isn’t particularly a lot of wind but happens to be right beside a very sensitive U.S. military installation,” Bass said.”