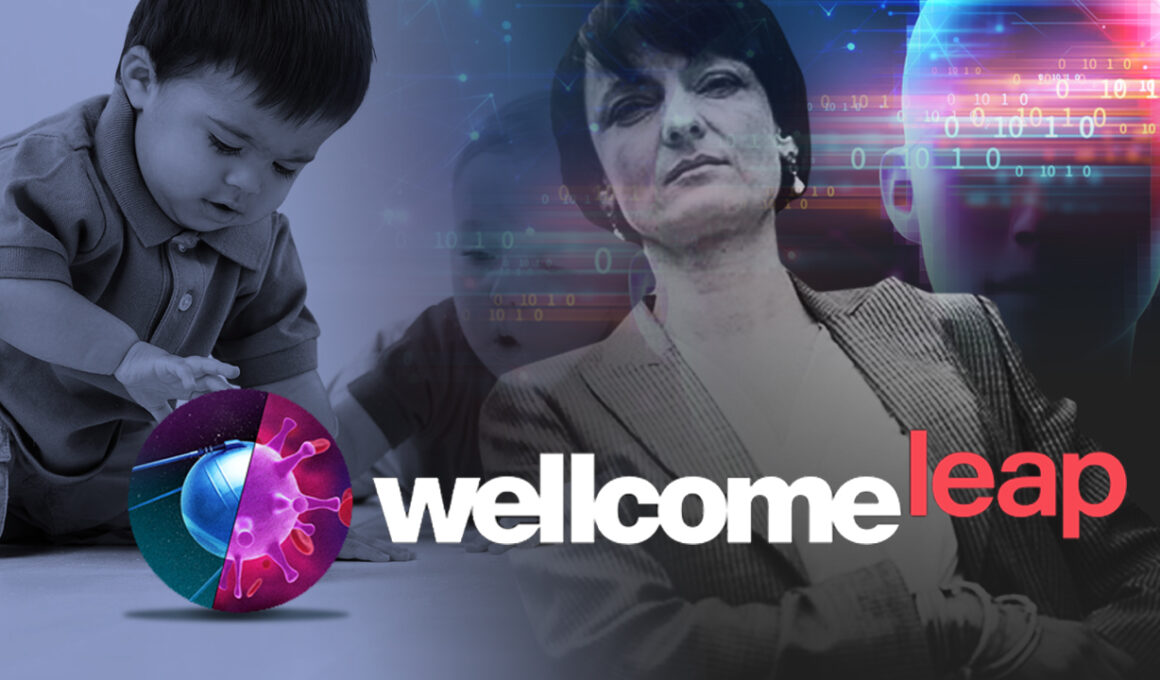 “The world’s richest medical research foundation, the Wellcome Trust, has teamed up with a pair of former DARPA directors who built Silicon Valley’s skunkworks to usher in an age of nightmarish surveillance, including for babies as young as three months old. Their agenda can only advance if we allow it.

A UK nonprofit with ties to global corruption throughout the COVID-19 crisis as well as historical and current ties to the UK eugenics movement launched a global health-focused DARPA equivalent last year. The move went largely unnoticed by both mainstream and independent media.

The Wellcome Trust, which has arguably been second only to Bill Gates in its ability to influence events during the COVID-19 crisis and vaccination campaign, launched its own global equivalent of the Pentagon’s secretive research agency last year, officially to combat the “most pressing health challenges of our time.” Though first conceived of in 2018, this particular Wellcome Trust initiative was spun off from the Trust last May with $300 million in initial funding. It quickly attracted two former DARPA executives, who had previously served in the upper echelons of Silicon Valley, to manage and plan its portfolio of projects.

This global health DARPA, known as Wellcome Leap, seeks to achieve “breakthrough scientific and technological solutions” by or before 2030, with a focus on “complex global health challenges.” The Wellcome Trust is open about how Wellcome Leap will apply the approaches of Silicon Valley and venture capital firms to the health and life science sector. Unsurprisingly, their three current programs are poised to develop incredibly invasive tech-focused, and in some cases overtly transhumanist, medical technologies, including a program exclusively focused on using artificial intelligence (AI), mobile sensors, and wearable brain-mapping tech for children three years old and younger.

This Unlimited Hangout investigation explores not only the four current programs of Wellcome Leap but also the people behind it. The resulting picture is of an incredibly sinister project that poses not only a great threat to current society but to the future of humanity itself. An upcoming Unlimited Hangout investigation will examine the history of the Wellcome Trust along with its role in recent and current events.

Leap’s Leadership: Merging Man and Machine for the Military and Silicon Valley

The ambitions of the Wellcome Leap are made clear by the woman chosen to lead it, former director of the Pentagon’s DARPA, Regina Dugan. Dugan began her career at DARPA in 1996; she led a counterterrorism task force in 1999 before leaving DARPA about a year later. After departing DARPA, she cofounded her own venture capital firm, Dugan Ventures, and then became special adviser to the US Army’s vice chief of staff from 2001 to 2003, which coincided with the invasions of Afghanistan and Iraq. In 2005, she created a defense-focused tech firm called RedXDefense, which contracts with the military and specifically for DARPA.

In 2009, under the Obama administration, Dugan was appointed director of DARPA by Defense Secretary Robert Gates. Much was made over her being the first female director of the agency, but she is best remembered at the agency for her so-called “Special Forces” approach to innovation. During her tenure, she created DARPA’s now defunct Transformational Convergence Technology Office, which focused on social networks, synthetic biology, and machine intelligence. Many of the themes previously managed by that office are now overseen by DARPA’s Biological Technologies Office, which was created in 2014 and focuses on everything “from programmable microbes to human-machine symbiosis.” The Biological Technologies Office, like Wellcome Leap, pursues a mix of “health-focused” biotechnology programs and transhumanist endeavors.

Right before leaving the top role at DARPA, Dugan greenlighted the agency’s initial investments in mRNA vaccine technology, which led to DARPA’s investments in Pfizer and Moderna shortly thereafter. The DARPA scientist who lobbied Dugan to back the program, Dan Wattendorf, now works as the director of Innovative Technology Solutions at the Bill & Melinda Gates Foundation.

While Dugan’s efforts at DARPA are remembered fondly by those in the national-security state, and also by those in Silicon Valley, Dugan was investigated for conflicts of interest during her time as DARPA’s director, as her firm RedXDefense acquired millions in Department of Defense contracts during her tenure. Though she had recused herself from any formal role at the company while leading DARPA, she continued to hold a significant financial stake in the company, and a military investigation later found she had violated ethics rules to a significant degree.

Instead of being held accountable in any way, Dugan went on to become a top executive at Google, where she was brought on to manage Google’s Advanced Technology and Products Group (ATAP), which it had spun out of Motorola Mobility after Google’s acquisition of that company in 2012. Google’s ATAP was modeled after DARPA and employed other ex-DARPA officials besides Dugan.

At Google, Dugan oversaw several projects, including what is now the basis of Google’s “augmented reality” business, then known as Project Tango, as well as “smart” clothing in which multitouch sensors were woven into textiles. Another project that Dugan led involved the use of a “digital tattoo” to unlock smartphones. Perhaps most controversially, Dugan was also behind the creation of a “digital authentication pill.” According to Dugan, when the pill is swallowed, “your entire body becomes your authentication token.” Dugan framed the pill and many of her other efforts at Google as working to fix “the mechanical mismatch between humans and electronics” by producing technology that merges the human body with machines to varying degrees. While serving in this capacity at Google, Dugan chaired a panel at the 2013 Clinton Global Initiative called “Game-Changers in Technology” and attended the 2015 Bilderberg meeting where AI was a main topic of discussion…

…The over-riding question is: Will we allow ourselves to continue to be manipulated into allowing transhumanism and eugenics to be openly pursued and normalized, including through initiatives like those of Wellcome Leap that seek to use babies and toddlers as test subjects to advance their nightmarish vision for humanity? If well-crafted advertising slogans and media campaigns painting visions of utopia such as “a world without disease” are all that is needed to convince us to give up our future and our children’s future to military operatives, corporate executives, and eugenicists, then there is little left of our humanity to surrender. ”