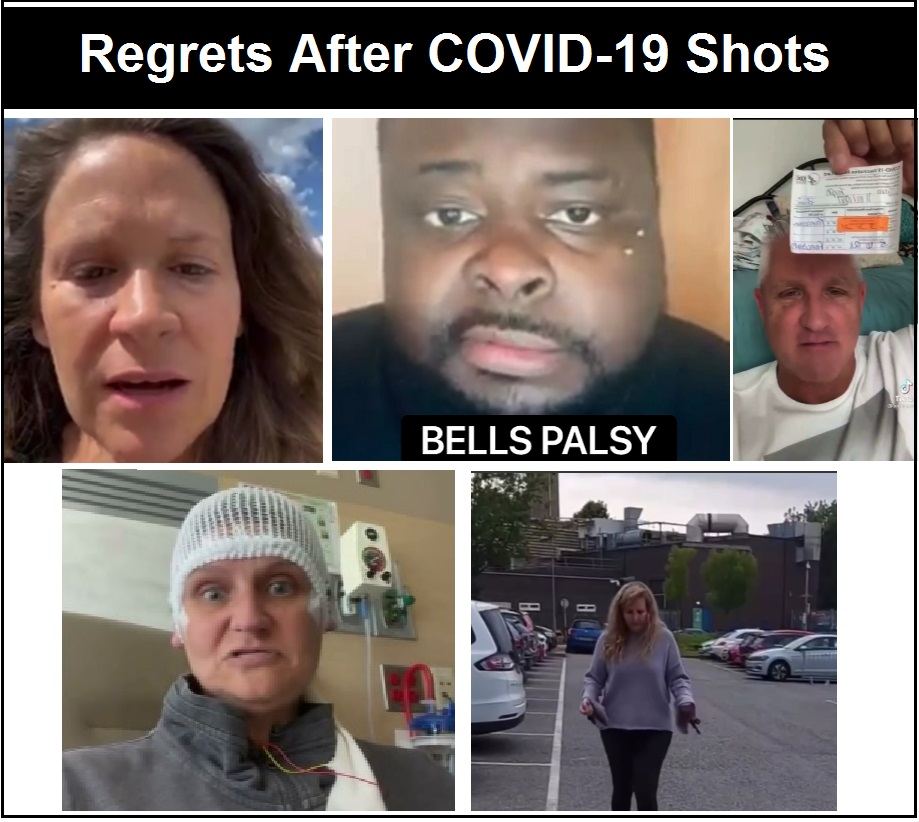 CENSORED: COVID Vaccine Injured Who Regret Their Decisions to Get the Shot and Their Message to You  |   Video

“The COVID-19 experimental shots cause serious side effects, including death.

This fact is not in dispute.

However, when the corporate media covers a story of someone who has suffered a serious side effect from one of the emergency authorized shots, they only interview people who still believe in the COVID Vaccine Religion.

No matter how much these people have suffered, even if they have seen a loved one die after getting one of the shots, they will still claim that they believe in the “vaccines,” and encourage everyone to go out and get one.

If they didn’t say this, the corporate media would not publish their story, because according to them and the “health authorities,” these reactions are “rare,” and they want you to believe that the “benefits” to the shots “outweigh” the risks.

These people are being CENSORED in the corporate media, and Big Tech social media sites. They don’t want you to hear the “other side,” because it does not fit their narrative, and to question their authority is now to be considered a potential “domestic terrorist.”

Some of these people who are now injured after taking a COVID shot used to attack and criticize those who don’t trust the shots, and when encountering information that goes against the corporate media narrative, they used to believe these were all “conspiracy theories.”

But they don’t believe that anymore, now that their lives are ruined.

These are the voices of those who regret their decisions, and their voices are being heavily censored. The “health authorities” don’t want you to listen to them.

So ask yourself, if these shots are so beneficial, why do they need to attack and censor dissenting opinions?

When they claim that all these people who regret taking the shots and are now warning you about them, are “actors” who are lying, what benefit would they receive for faking their injuries? Who would pay them to say these things??

Listen to them for yourselves.”