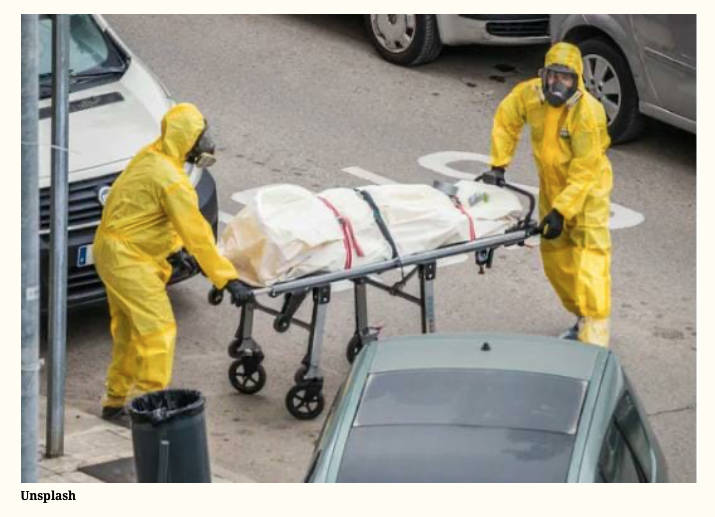 “Data from several reliable sources show that Covid-vaccine injuries and deaths have been vastly under-reported. Journalist Alex Berenson wrote on August 6 that Moderna received 300,000 reports of adverse effects over a three-month period following the launch of its inoculation program. This was a much higher number than reported to VAERS, the federal database. Researcher Virginia Stoner issued a stunning new report on the VAERS numbers that indicates most deaths from Covid vaccines go unreported. Even so, there were 36-times more deaths from Covid shots than were reported last year from all other vaccines combined. A Harvard study showed that less than one-percent of vaccine injuries and deaths are reported to the FDA and VAERS.” -GEG

“ONE: A bombshell. Alex Berenson, former New York Times reporter, August 6: “Covid vaccine maker Moderna received 300,000 reports of side effects after vaccinations over a three-month period following the launch of its shot, according to an internal report from a company that helps Moderna manage the reports.”

“That figure is far higher than the number of side effect reports about Moderna’s vaccine publicly available in the federal system that tracks such adverse events.”

Berenson: “The 300,000 figure comes from an internal update provided to employees by IQVIA, a little-known but enormous company that helps drugmakers manage clinical trials. Headquartered in North Carolina, IQVIA has 74,000 employees worldwide and had $11 billion in sales last year.”

“Earlier this week, Richard Staub, the president of IQVIA’s Research & Development Solutions division, sent a ‘Q2 2021 update’ which was labeled ‘Confidential – For internal distribution only’.”

“A person with access to the presentation provided screenshots of the relevant slide, which clearly explains the 300,000 side effect reports were received over ‘a three-month span’ – not since the introduction of the vaccine in December…”

TWO: Independent researcher Virginia Stoner has issued a stunning new report on the VAERS numbers, and the effort by mainstream scientists to minimize the destructive effects of the COVID vaccines. Here are key quotes from her report:

“More deaths have been reported to VAERS from the covid shots than from all other vaccines combined for the last 30 years.”

“There’s a code of silence shielding the massive increase in deaths (and other serious injuries) reported to VAERS from the covid shots. Not only do CDC web pages and press releases omit that inconvenient fact—vaccine research studies omit it as well.”