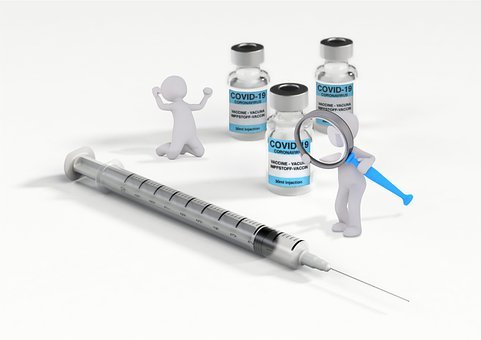 “Games continue to be played with the “vaccine” as the deaths and injuries keep mounting. On Monday, August 23rd the FDA and the federal government announced that the FDA has officially approved the Pfizer mRNA shot. But after careful reading by many doctors and lawyers, the Pfizer “vaccine” has not been approved and the government is playing word games to fool the public.

Folks…. this is a shell game of monumental proportions.
The “approval” was not for the Pfizer product jab but for an identical entity…. . The Biotech product jab…. Comirnaty… which has either not been produced and labeled to date or only very limited quantities at best are currently available. I kid you not.

To make matters worse, the FDA did not follow the standard process for vaccine approvals. Peter Doshi senior editor of the British Medical Journal states:

It’s not helping matters that FDA now says it won’t convene its advisory committee to discuss the data ahead of approving Pfizer’s vaccine. (Last August, to address vaccine hesitancy, the agency had “committed to use an advisory committee composed of independent experts to ensure deliberations about authorization or licensure are transparent for the public.”)

Unfortunately to really understand what the FDA, NIH, the federal government and big Pharma has concocted, you need to not only be a doctor, but also a lawyer. A group of legal and medical experts (including Doctor Malone) came together to analyze what has actually been approved and for what purpose. Here is part of their analysis:

According to the FDA: “The products are legally distinct with certain differences that do not impact safety or effectiveness. (page 2, Pfizer letter)

You can read their full analysis here”

By  THE THINKING CONSERVATIVE

“Steve Bannon: Dr. Malone, I’m a simple guy. Ah, I’m confused because of what CNBC and everybody running around with Pfizer, Pfizer, Pfizer, Pfizer. When you look at the letters the way you broke them apart, these two letters, they’ve actually, and I want to go back what you said about the data, there’s really no data, but they’ve authorized the use of a vaccine. Does that vaccine currently exist. If I want to walk down, not that I’ll do it, if I want to walk down to the doctor today and get a vaccine, can actually get the one that’s quote quote has this kind of sketchy, shady FDA approval. Is that available right now to the best of your knowledge, sir?

Dr. Robert Malone: It’s absolutely not available. So, the little trick that they’ve done here is they have issued two separate letters for two separate vaccines. The Pfizer vaccine which is what is currently available is still under emergency use authorization and it still has the liability shield. Once again the mainstream media has lied to you. I’m sorry to say that, I know it’s a shock to this viewership, but the product that’s license is the BioNtech product, which is substantially similar but not necessarily identical. It’s called Comirnaty, I think that’s how it’s pronounced, and it’s not yet available. They haven’t started manufacturing it or labeling it and that’s the one that the liability waiver will no longer apply to. So the one that’s actually license is not yet available and when it does become available it will no longer have the liability shield. In the interim, the one that does have the liability shield is the Pfizer product and that’s what’s currently available and it’s still under emergency use authorization, so that’s no change.

The press has just not done their work and figured out what’s actually going on here.”