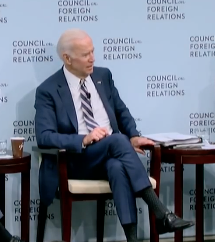 “The Biden administration has pledged to provide Ukraine with an additional $60 million in military aid ahead of Ukrainian President Volodymyr Zelensky’s first face-to-face meeting with Biden, which is scheduled for Wednesday.

Congress approved a total of $275 million in lethal aid for Ukraine for the 2021 fiscal year, so more packages could be approved this year. Since the US-backed coup in Ukraine in 2014, the US has provided Kyiv with over $2 billion in military aid, stoking tensions with Moscow.

In a notification on the new $60 million aid package, the Biden administration said it was necessary due to “Russia’s buildup along the Ukrainian border.” Russia’s military movements in the region are in part due to the increase in US and NATO naval activity in the Black Sea, but to Washington, Russia is always viewed as the “aggressor.”

Tensions were high in the region earlier in the year due to a flare-up of violence in Ukraine’s eastern Donbas region, a war that was sparked by the 2014 coup, in which some members of the Biden administration played an integral role.”