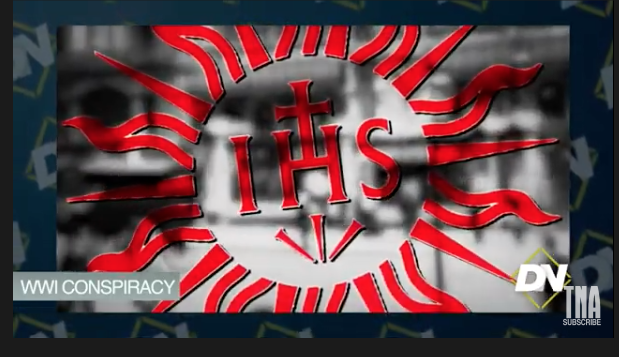 Jesuits and the Origins of Intelligence Agencies

The Corbett Report_The WWI Conspiracy – Part One: To Start A War

“What was World War One about? How did it start? Who won? And what did they win? Now, 100 years after those final shots rang out, these questions still puzzle historians and laymen alike. But as we shall see, this confusion is not a happenstance of history but the wool that has been pulled over our eyes to stop us from seeing what WWI really was. This is the story of WWI that you didn’t read in the history books. This is The WWI Conspiracy.”

“The very word secrecy is repugnant, in a free and open society. For we are, as a people, inherently and historically opposed to secret societies, to secret proceedings and to secret oaths”…

“For we are opposed around the world by a monolithic and ruthless conspiracy that relies primarily on covert means for expanding its sphere of influence – on infiltration instead of invasion, on subversion instead of elections, on intimidation instead of free choice, on guerrillas by night instead of armies by day.

It is a system which has conscripted vast human and material resources into the building of a tightly knit, highly efficient machine that combines military, diplomatic, intelligence, economic, scientific and political operations. Its preparations are concealed, not published. Its mistakes are buried not headlined.

Its dissenters are silenced, not praised. No expenditure is questioned, no rumor is printed, no secret is revealed.”

Link To Transcript of Full Speech

Link To Video of Speech

Link To The Vatican & The Jesuits