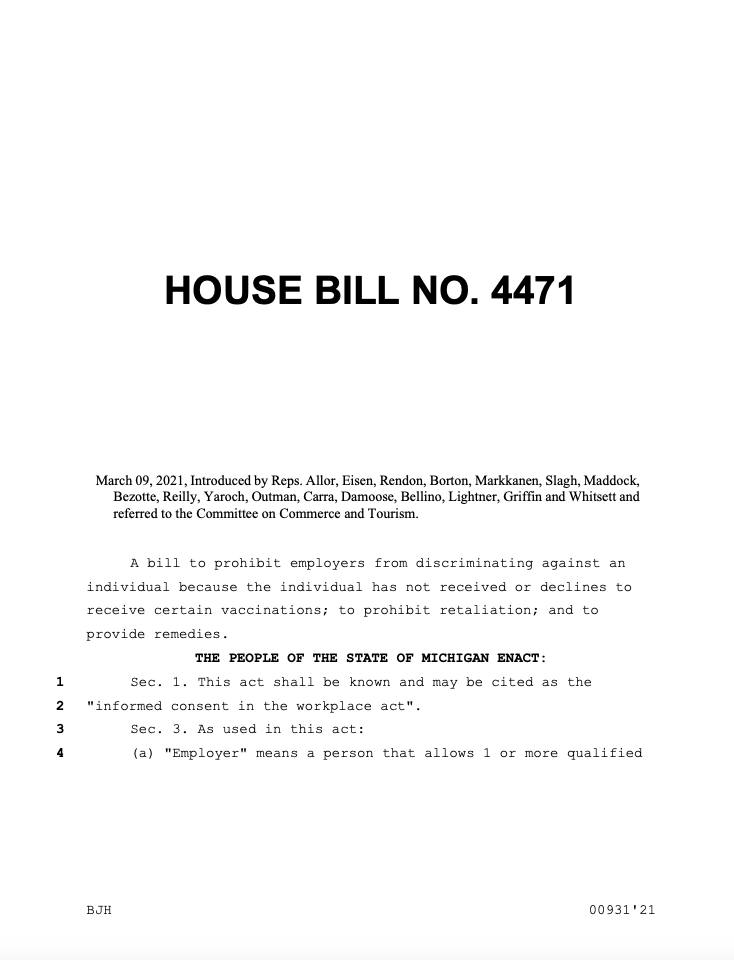 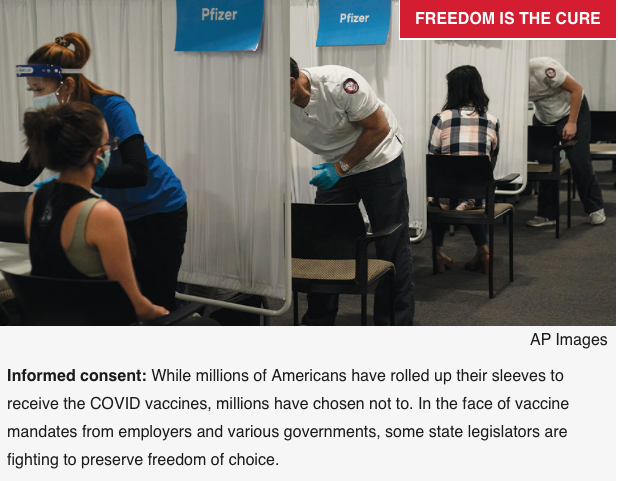 How to Nullify COVID Vaccine Mandates

“It is proper for states to prohibit the abuse of rights, even in cases when employers impose vaccine mandates based on federal overreach. Government, after all, should protect basic rights.

Michigan’s H.B. 4471, styled the “Informed Consent in the Workplace Act,” is a fine example of what states are doing to protect workers from vaccine mandates. Its passage, and the passage of similar measures across the nation, will require significant grassroots effort.

The media-inspired crescendo of calls for employers to force vaccine mandates upon their employees under threat of termination has created a new round of COVID terror in the American workplace. “My constituents have been calling me in tears,” reported Michigan State Representative Beth Griffin, chairwoman of the Michigan House Subcommittee on Workforce, Trades and Talent, “saying the media’s lack of coverage from emerging peer reviewed studies is horrible … and they are angry because only one side of this vaccination issue and discussion is acceptable.”

Florida and Montana have passed legislation prohibiting employers from making employees demonstrate proof of vaccination status. Similar legislation of various types is pending or planned in 39 additional states. However, these legislative moves have come up against stiff opposition. In response, legislators are turning to their constituents for help. For example, on August 30, hundreds of patriotic Americans gathered in Parkersburg, West Virginia, for a rally hosted by State Senator Mike Azinger and Delegate Roger Conley. As reported by television station WTAP, the legislators called upon Governor Jim Justice to initiate a special session for the purpose of protecting workers from vaccine mandates: “[Conley] says if Justice doesn’t call a special session, he is asking constituents to ask legislators to support doing so.”

The establishment media is hiding the fact that, while this movement to prohibit employer vaccine mandates is driven by Americans of many different backgrounds, the effort is fully supported by scientists, doctors, and frontline healthcare workers armed with the best and latest peer-reviewed research data. As Representative Griffin stated, “Our Michigan businesses are being done a monumental disservice … by politically motivated government agencies.”