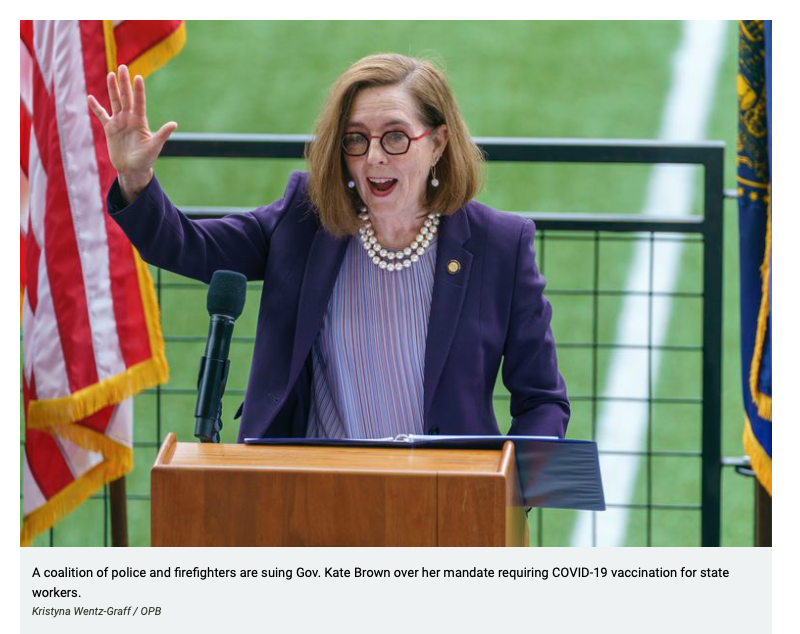 “A coalition of police and firefighters are suing Gov. Kate Brown over her mandate requiring COVID-19 vaccination for state workers.

The lawsuit, filed in Jefferson County Circuit Court, says the plaintiffs are the Oregon Fraternal Order of Police along with troopers from around the state and firefighters at the Kingsley Field Air National Guard Base in Klamath County, KOIN-TV reported.

It names the governor and the state of Oregon as defendants.

The group is asking a judge to declare Brown’s executive order “unenforceable,” claiming it allegedly works against existing Oregon statutes and would result in wrongful termination of employees, according to the lawsuit.”