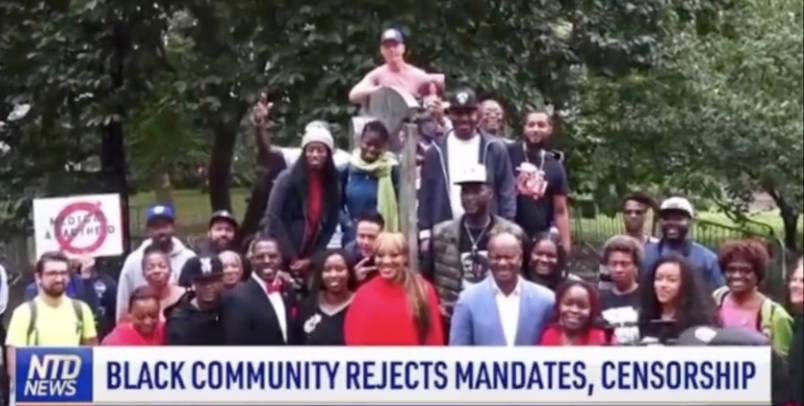 “Our mission here today is to educate the black community on the rights of their own bodies and to also eradicate medical apartheid.”

“As mandatory COVID-19 vaccine mandates took effect this week in New York City, many teachers and others suddenly found themselves out of work as the Supreme Court refused to step in and stop the mandates last week.

Teachers, educators and many others took to the streets of New York this week to protest, led by Blacks. Less than 30% of the Blacks in New York City have given in to mandatory shots, and Hispanics are close behind in their refusal to obey government mandates for COVID-19 shots.

Angela Stanton-King, the niece of Dr. Martin Luther King, and a former NBA #1 draft pick were among those who took to the streets of New York this week to protest and warn others about the abuse of civil rights with New York’s mandatory vaccination mandates.

Many of the protesters in NYC carried flags of Australia, showing their solidarity with their Aussie brothers and sisters who are suffering the most under tyranny right now.” 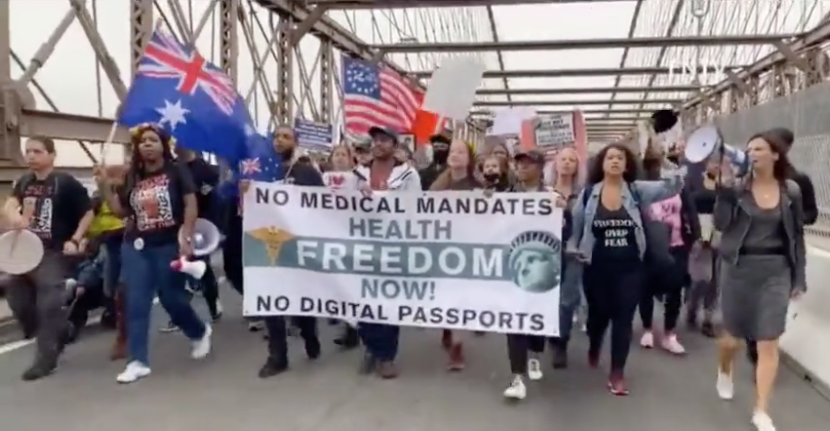