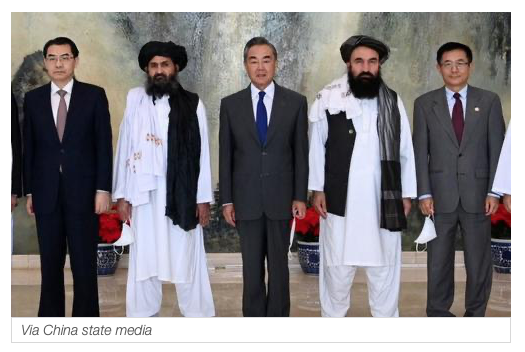 Question: Is the U.S. Funding the Taliban? LINK

“China is now urging the United States to immediately lift sanctions against the Taliban and unfreeze all of Afghanistan’s assets abroad. As part of its appeal, Beijing is offering assurances to Washington that the hardline Islamist group will “effectively” protect the rights of women and minorities.

Beijing is further warning the West of looming “economic chaos” in the war-torn central Asian country if more is not urgently done to relieve the economic pressure and allow for greater stability. “China urges the Western countries, led by the United States as a whole, to lift sanctions, and calls on all parties to engage with the Afghan Taliban in a rational and pragmatic manner,” Chinese Foreign Minister Wang Yi said this week following two days of talks with the Taliban which concluded Tuesday in Doha.

“China hopes that the Taliban can further demonstrate openness and inclusiveness, unite all ethnic groups and factions in Afghanistan to work together for peaceful reconstruction,” Wang added. “[The Taliban] should effectively protect the rights and interests of women and children … and build a modern country that conforms to the wishes of the people and the trend of the times,” the top Chinese diplomat added.

He further explained that Afghanistan could be put on the path of “sound” development but only if there’s international support for “the humanitarian crisis, economic chaos, terrorist threats and governance difficulties.” Since early September, China has already pledged multiple tens of millions of dollars in humanitarian aid to Taliban-controlled Afghanistan, while hailing the “end of anarchy” in the country.

It must be recalled that this past summer as the US military was initiating its withdrawal after two decades of war and occupation, the very first foreign country to host Taliban leadership for “recognition” talks was China. It’s also since been made clear that China is eyeing major investment and infrastructure projects in Afghanistan as part of Xi’s long-running Belt and Road Initiative (BRI) across Asia.”

Congressman Jim McDermott on CNN Crossfire Sept. 10. 2002
Admits the US placed the Taliban in Afghanistan in 1996. LINK 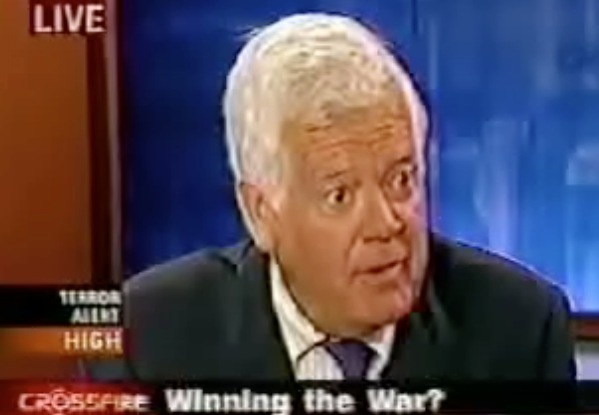