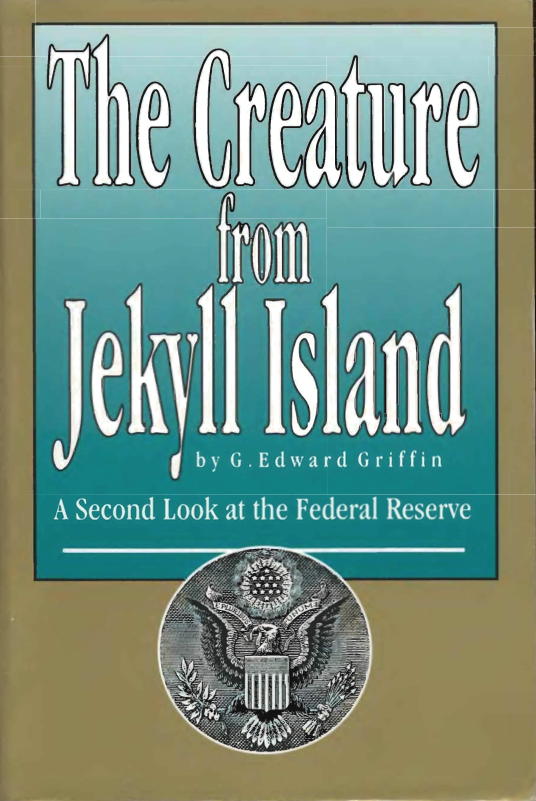 “G. Edward Griffin explains what the Federal Reserve is and how it came to have control over our government. He said that the Federal Reserve is transitioning to a new monetary system and is planning to institute central bank digital currency (CBDC), similar to a credit card, but the banks will control over the money, and people will need to get permission from the bank to spend. He said that silver and gold and other tangible investments outside the banking system are likely to hold their value. Griffin believes that most present-day cryptocurrency traders are not buying assets for currency, but simply for profits. Mr Griffin will be speaking at Red Pill Expo to be held in Lafayette, Louisiana on November 6-7. The list of speakers, and tickets to attend this event or to live-stream it can be found at:  https://redpillexpo.org/ ”

“Patent attorney John Titus said that the Federal Reserve (Fed) added $4.5 trillion to its balance sheet since March 2020, which is the largest monetary event in the history of the world! Not only did the Fed add a gargantuan $4.5 trillion in reserves, but they did it in such a way that it forced the creation of $4.5 trillion in new bank money, for the express purpose of deliberately causing mass inflation. The Federal Reserve is carrying out this plan under the cover of the so-called pandemic, but the plan was created before Covid-19 was introduced. The plan was drafted by BlackRock and given to the Federal Reserve in August 2019, four months before Covid struck. Titus said that many people are needed right now to counter what the Fed is doing. John Titus will be speaking on ‘‘Going Direct’: A Huge Change in Banking is About to Happen – and You Won’t Like It’ at the upcoming Red Pill Expo to be held in Lafayette, Louisiana on November 6-7. The list of speakers, and tickets to attend this event or to live-stream it can be found at:  https://redpillexpo.org/ ”

Biden’s nominee Omarova has a published plan to move all bank deposits to the Fed and let the Federal Reserve Bank of New York short stocks.
The plan is entitled: “The People’s Ledger: How to Democratize Money and Finance the Economy”
“This month, the Vanderbilt Law Review published a 69-page paper by Saule Omarova, President Biden’s nominee to head the Office of the Comptroller of the Currency (OCC), the Federal regulator of the largest banks in the country that operate across state lines.
The paper, in all seriousness, proposes the following:
(1) Moving all commercial bank deposits from commercial banks to so-called FedAccounts at the Federal Reserve;
(2) Allowing the Fed, in “extreme and rare circumstances, when the Fed is unable to control inflation by raising interest rates,” to confiscate deposits from these FedAccounts in order to tighten monetary policy;
(3) Allowing the most Wall Street-conflicted regional Fed bank in the country, the New York Fed, when there are “rises in market value at rates suggestive of a bubble trend,” such as with technology stocks today, to “short these securities, thereby putting downward pressure on their prices”;
(4) Eliminate the Federal Deposit Insurance Corporation (FDIC)
that insures bank deposits;
(5) Consolidate all bank regulatory functions at the OCC – which Omarova has been nominated to head.”
Read the 69 page report by Suale Omarova, The People’s Ledger: How to Democratize Money and Finance the Economy:
https://lnkd.in/gfnuP6VQ
Read the full article at Wall Street on Parade: https://lnkd.in/gHxKimX8