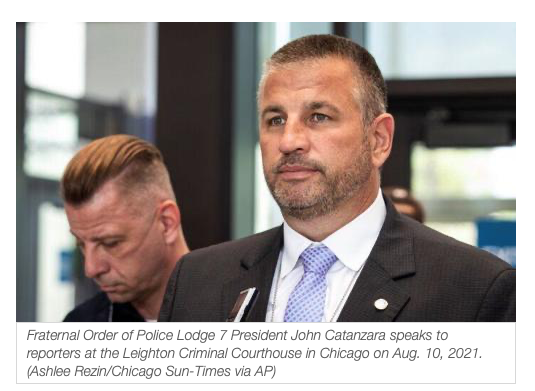 “According to Catanzara, the police union is preparing a lawsuit against the city if Mayor Lori Lightfoot’s administration attempts to enforce the mandate, which requires city workers to report their vaccine status by Friday or be placed on a “no-pay” status.

“It’s safe to say that the city of Chicago will have a police force at 50 percent or less for this weekend coming up,” Catanzara said.

The Epoch Times has contacted Lightfoot’s office for comment.

“I can guarantee you that no-pay status will not last more than 30 days,” Catanzara said on Tuesday. “There’s no way they’re going to be able to sustain a police department workforce at 50 percent capacity or less for more than seven days without something budging.”

“This is very clearly not a job action,” he added, “not a call for a strike.”