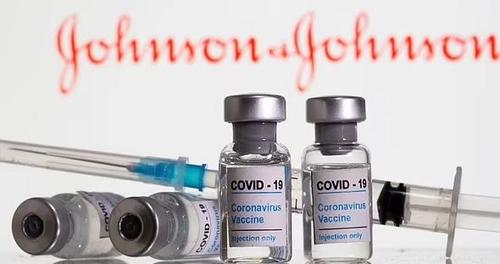 “It’s starting to seem like nary a day goes by that the world doesn’t isn’t confronted with new research raising safety questions about either the mRNA vaccines (mostly Moderna) or the adenovirus-vector jabs like the AstraZeneca and J&J jabs.

On Monday, the bad news focused on the adenovirus jabs, particularly the J&J jab, as researchers from the Mayo Clinic in Rochester Minnesota, who published their findings in JAMA Internal Medicine, compared data from the general population before the pandemic to data gathered from reported vaccine side effects suffered by Americans.

What they found was disturbing: a person who received the vaccine was 3.5x as likely to develop brain blood clots as an average person before the pandemic.

Blood clots, and specifically cerebral venous sinus thrombosis are well known side-effects of the J&J vaccine, and the discovery of this risk was the reason usage of the vaccine was paused in April. Still, however, the team insists the side-effect is rare and that the findings must be looked at in the context of the effectiveness of the vaccine in preventing severe cases COVID-19.

The data were gathered from Olmstead, County, Minnesota – a county of around 158,000 people situated around 90 miles southeast of Minneapolis – from 2001 to 2015, per the Daily Mail.

They then used the Centers for Disease Control and Prevention’s Vaccine Adverse Event Reporting System (VAERS) to find diagnoses of blood clots in people who received the J&J vaccine between the jab’s approval date at the end of February 2021 to May 7.

During the 14 years before the pandemic, there were only 39 Olmstead residents who developed CVST – a rare, potentially deadly, blood clotting condition.

However, after the jabs were being used to treat COVID, that number shot up to 46 reports of CVST confirmed in the VAERS program following patients’ who received J&J jabs. Alhough eight were eventually removed from that pool for either being duplicate reports or not being professionally diagnosed. In total, 38 cases tied to the J&J vaccine were detected, with over 70% being among women.

The discrepancy here is pretty difficult to ignore.

around 8.7MM doses of the J&J vaccine had been administered in the US between February and May.

Could it be a coincidence? Perhaps… but it certainly justifies closer examination.”