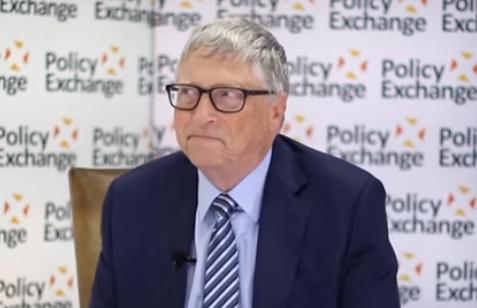 With 7.4 billion COVID shots deployed in arms, Bill Gates declares that ‘we need a new way of doing the vaccines’

Microsoft founder then endorses Police State to deal with COVID-19.

A little-noticed interview from last week with a U.K. think tank saw Microsoft founder Bill Gates make some incredible statements about his most prized “solution” to the pandemic.

[The vast majority of the interview involves Gates demanding totalitarian solutions to bad weather, which he refers to as climate change. The part about the COVID shots comes at minute 27.]

Gates is correct about the fact that the shots aren’t blocking transmission. With record COVID numbers coming out of Europe, it’s become obvious that the mRNA shots are doing little, if nothing at all, to stop transmission. Moreover, the impact these shots have in preventing a positive COVID test appear to expire after 6-9 months.

Gates wasn’t done. He added a pretty shocking statement to top it off:

“We need a new way of doing the vaccines.”

Just like that, Gates appears to be wiping his hands clean of his involvement in the worldwide mRNA experiment.

It’s a surprising tone from a man whose foundation has accumulated hundreds of millions of dollars (thanks to pre-IPO access to BioNtech, the maker of the “Pfizer shot”)  from the shots, in addition to his fierce advocacy for them. Additionally, Gates has added billions of dollars in income to his personal arsenal during the pandemic.

“Bill Gates has warned governments to prepare for germ terror attacks and future pandemics by investing tens of billions into research and development. The US and UK are targeted as key donors. Gates advocated for a Task Force that could cost $1 billion per year to do surveillance and to engage in ‘germ games’ to prepare nations for bio-terrorism such as smallpox attacks on airports. He warned that bioterrorism caused epidemics could be worse than naturally occurring ones.”

“Bill Gates has warned governments to prepare for smallpox terror attacks and future pandemics by investing billions into research and development.

Mr Gates made the comments in a Policy Exchange interview with the chair of the health select committee Jeremy Hunt.

He said that countries like the US and the UK must spend “tens of billions” to fund the research adding that while it may be expensive, it could lead to the eradication of the flu and common cold.

“I’m hoping in five years, I can write a book called, ‘We are ready for the next pandemic’, but it’ll take tens of billions in R&D – the US and the UK will be part of that”, he said.

“It’ll take probably about a billion a year for a pandemic Task Force at the WHO level, which is doing the surveillance and actually doing what I call ‘germ games’ where you practise.”

The Microsoft founder suggested that the ‘germ games’ could prepare nations for bio-terrorism such as smallpox attacks on airports. Mr Gates warned that bioterrorism caused epidemics could be worse than naturally occurring ones.”