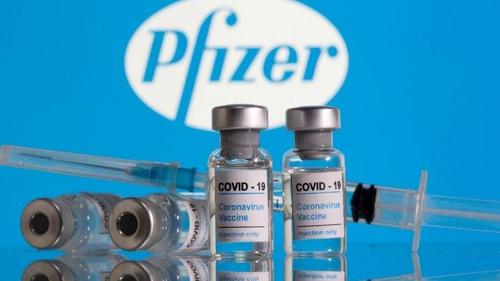 “A whistleblower involved in Pfizer’s pivotal phase III Covid-19 vaccine trial has leaked evidence to a notable peer-reviewed medical publication that poor practices at the contract research company she worked for raise questions about data integrity and regulatory oversight.

Brook Jackson, a now-fired regional director at Ventavia Research Group, revealed to The BMJ that vaccine trials at several sites in Texas last year had major problems – including falsified data, broke fundamental rules, and were ‘slow’ to report adverse reactions.

When she notified superiors of the issues she found, they fired her.

A regional director who was employed at the research organisation Ventavia Research Group has told The BMJ that the company falsified data, unblinded patients, employed inadequately trained vaccinators, and was slow to follow up on adverse events reported in Pfizer’s pivotal phase III trial. Staff who conducted quality control checks were overwhelmed by the volume of problems they were finding. After repeatedly notifying Ventavia of these problems, the regional director, Brook Jackson, emailed a complaint to the US Food and Drug Administration (FDA). Ventavia fired her later the same day. Jackson has provided The BMJ with dozens of internal company documents, photos, audio recordings, and emails. -The BMJ

Jackson, a trained clinical trial auditor with more than 15 years’ experience, says she repeatedly warned her superiors of poor laboratory management, patient safety concerns, and data integrity issues. After she was ignored, she started documenting problems with the camera on her mobile phone.

One photo, provided to The BMJ, showed needles discarded in a plastic biohazard bag instead of a sharps container box. Another showed vaccine packaging materials with trial participants’ identification numbers written on them left out in the open, potentially unblinding participants. Ventavia executives later questioned Jackson for taking the photos.

The unblinding was potentially far more severe as well. Per the trial’s design, unblinded staff prepared and administered either Pfizer’s Covid-19 vaccine or a placebo. This was done to preserve the blinding of trial participants and other staff – including the principal investigator. At Ventavia, however, Jackson says that drug assignments were left in participants’ charts and accessible to blinded personnel. The breach was corrected last September, two months into the trial at which point there were around 1,000 participants already enrolled.

Jackson recorded a September 2020 meeting with two Ventavia directors, at which an executive can be heard saying that the company couldn’t quantify the types and number of errors with their testing.

“In my mind, it’s something new every day,” they said, adding “We know that it’s significant.”

According to the report, Ventavia also failed to keep up with data entry – as a Sept. 2020 email from Pfizer partner ICON reveals.

“The expectation for this study is that all queries are addressed within 24hrs.” ICON then highlighted over 100 outstanding queries older than three days in yellow. Examples included two individuals for which “Subject has reported with Severe symptoms/reactions … Per protocol, subjects experiencing Grade 3 local reactions should be contacted. Please confirm if an UNPLANNED CONTACT was made and update the corresponding form as appropriate.” According to the trial protocol a telephone contact should have occurred “to ascertain further details and determine whether a site visit is clinically indicated.”

Other documents provided to The BMJ reveal that Ventavia officials were worried about three employees . In an email in early August 2020, an executive identified three site staff members with whom they need to “Go over e-diary issue/falsifying data, etc.”

One of the employees was “verbally counseled for changing data and not noting late entry,” a note reveals.

During the September meeting, Ventavia executives and Jackson discussed the potential for the FDA to show up for an inspection. On former Ventavia employee told The BMJ that the company was petrified over the potential for an FDA audit, and were in fact expecting one over the Pfizer vaccine trial.

“People working in clinical research are terrified of FDA audits,” Jill Fisher told the journal, adding however that the agency rarely does anything except review paperwork – usually months after a trial is over. “I don’t know why they’re so afraid of them,” she added – saying that she was surprised that the agency failed to inspect Ventavia following an employee complaint.

“You would think if there’s a specific and credible complaint that they would have to investigate that.”

Jackson sent a Sept. 25 email to the FDA in which she wrote that Ventavia had enrolled over 1,000 participants at three sites, out of the full trial’s 44,000 participants across 153 sites which included various academic institutions and commercial companies. She raised concerns over issues she had witnessed, including:

Hours later, the FDA emailed her back, thanking her for her input but notifying her that they would not comment on any investigation which may result.

That said, in August of this year, the FDA published a summary of its inspections of Pfizer’s pivotal phase III trial. They looked at just nine out of the trial’s 153 sites, and did not look at any of Ventavia’s operations. Further, no inspections were conducted following the December 2020 emergency authorization of the vaccine.”