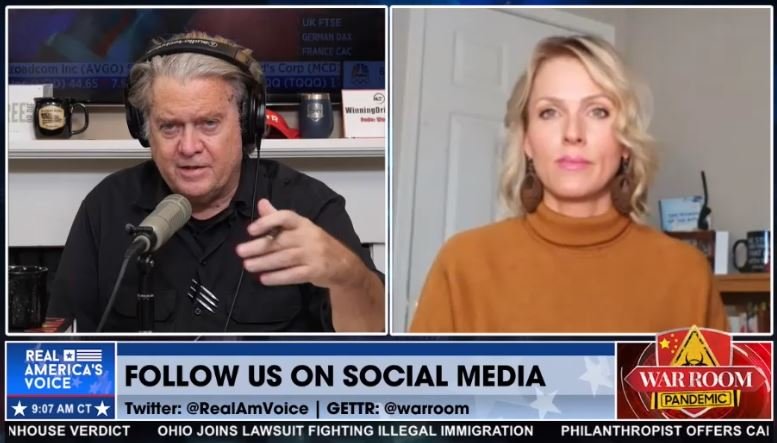 No matter where you stand on the political spectrum, let us stand together to protect freedom of speech, a God-given, Constitutional right, absolutely essential in a free society such as America is meant to be. Violence and censorship against political opponents is characteristic of a totalitarian dictatorship.  -JD

“Mesa County, Colorado: The FBI raided the home of Sherronna Bishop, founder of America’s Mom; her children were terrorized, her computers and phones were seized, and they dragged her away in handcuffs. She believes that the SWAT team from the FBI was intended to intimidate her as she claims she helped flip 9 local school boards conservative in recent special elections by helping to expose critical race theory (CRT) and other liberal agendas in the classroom. The DOJ has recently targeted parents concerned about their children’s education as ‘domestic terrorists’. Sharronna became involved in election integrity, and after four leftist progressive candidates were elected to the Grand Junction City Council, she conducted grass roots canvassing. Mesa County Clerk Tina Peters sought forensic images of the Dominion voting machines in this election, and her home was also searched.”

The two other locations searched have not been disclosed but Bishop chose to speak out Wednesday about her experience. “This is an attempt to, I believe intimidate an election official or any official in the country away from investigating the results of the election,” Mesa County Clerk Tina Peters.

As multiple investigations continue, the FBI is focused on the potential criminal activity by employees of the Clerk and Recorders office including Peters and others associated with those employees. “I have been a vocal supporter for Tina Peters and I will continue to do that,” Sherronna Bishop said.

The FBI carried out a court ordered search of Peters’ home based on her roll in the voting machine security breach and investigations that followed. “Not men with suits and badges, soldiers with automatic weapons and combat gear so it was pretty over the top,” Peters says, “We are living in a world where the FBI is turning on anyone who speaks out against the Biden administration.””

Link To Need To Know News