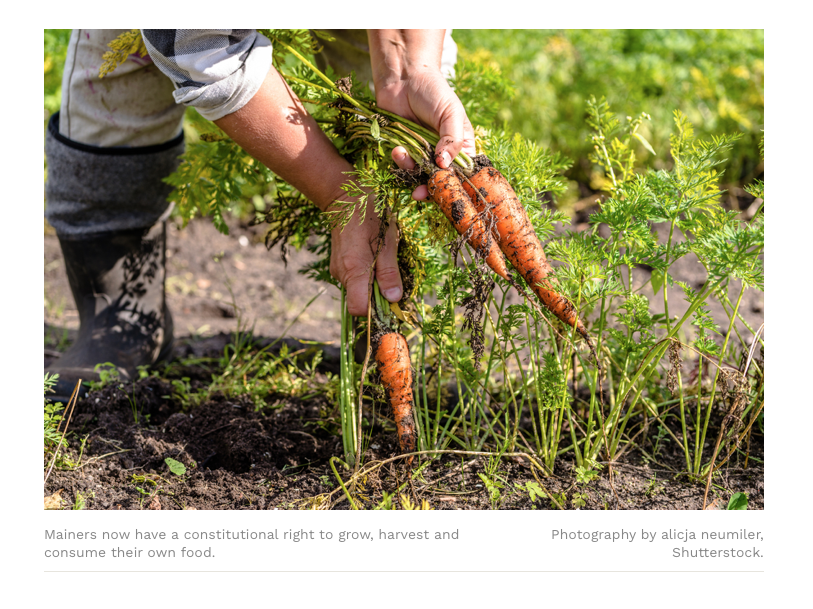 Mainers have taken a bold step to protect the right of individuals to grow their own food.

“On Tuesday, voters in Maine approved a referendum to add a “right to food” amendment to the state’s constitution. The amendment, the first of its kind in the United States, provides Mainers with a constitutional right to grow, harvest and consume their own food, and it includes protections for rights to seed saving and seed sharing.

The amendment was approved by the state legislature by a two-thirds vote earlier this year, but it needed approval from voters in order to become a constitutional amendment. The amendment states: “All individuals have a natural, inherent and unalienable right to food, including the right to save and exchange seeds and the right to grow, raise, harvest, produce and consume the food of their own choosing for their own nourishment, sustenance, bodily health and well-being.” It also includes some qualifiers, stating that the right to food is granted “as long as an individual does not commit trespassing, theft, poaching or other abuses of private property rights, public lands or natural resources in the harvesting, production or acquisition of food.””