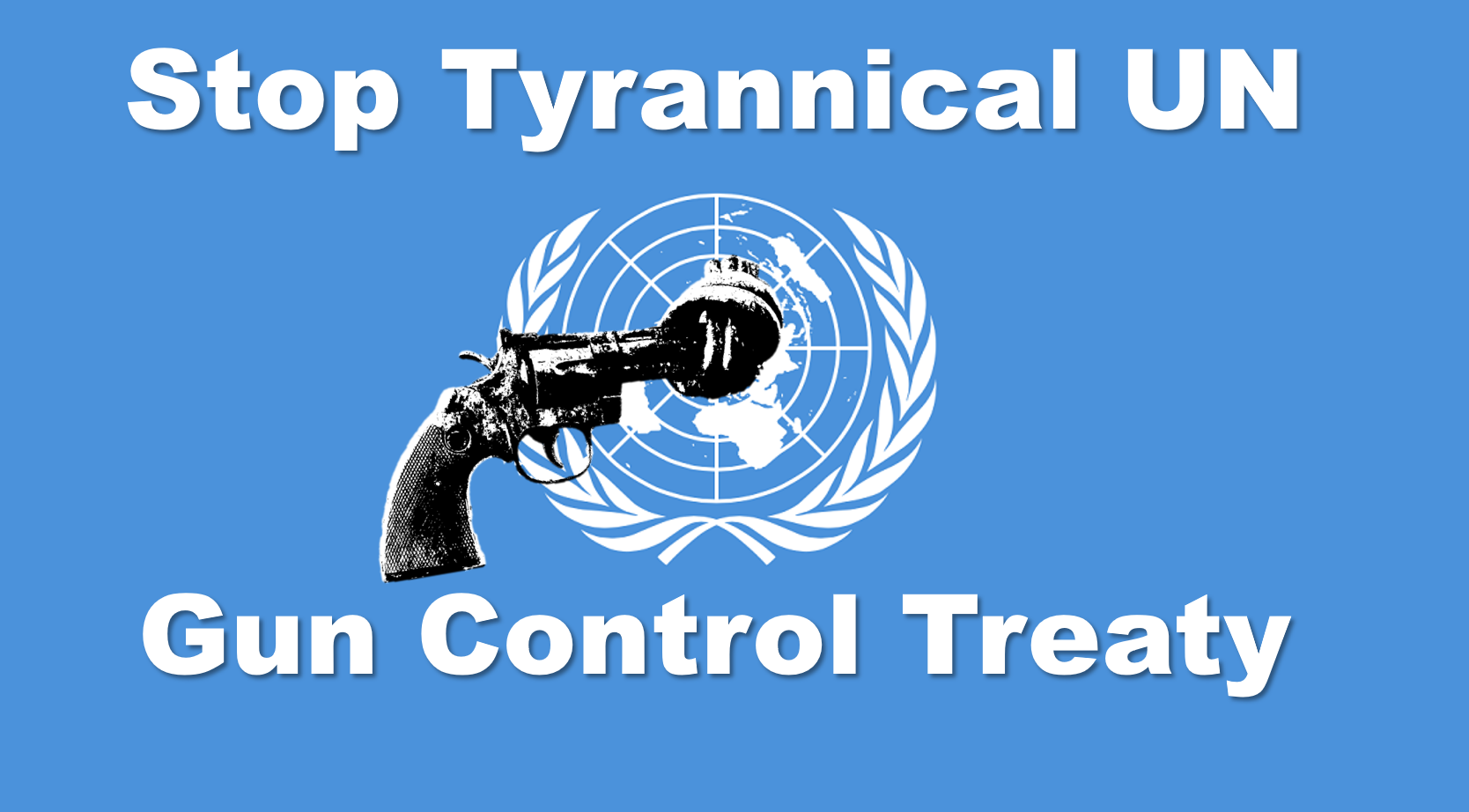 Please help stop the UN Arms Trade Treaty by contacting your U.S. senators. Inform them of ways this treaty violates the U.S. Constitution and our God-given individual liberties. Instead, urge your senators to support measures that uphold and enforce the Constitution. LINK TO TAKE ACTION

URGENT: The Biden administration is seeking to join and ratify the United Nations Arms Trade Treaty, which would severely infringe upon the Second Amendment.

In March 2013, the Arms Trade Treaty’s (ATT) text and tyrannical provisions were released, and the UN General Assembly adopted it the following month — with the U.S. voting in favor. Then-Secretary of State John Kerry signed the treaty on behalf of the U.S. on September 25, 2013.

If ratified, the ATT would decimate the Second Amendment’s protections. Among its other provisions, it would deny individuals the fundamental right to keep and bear arms, and its provisions would regulate all firearms, firearm components, and ammunition. Furthermore, it requires countries to establish invasive firearm registries that allow the government to know exactly who owns a firearm and the model they own. To enforce the treaty, countries are allowed to engage in civilian disarmament, and the UN is allowed to assist countries in their disarmament schemes.

A letter from 37 U.S. senators delivered to Biden on September 28, 2021, elaborated on the ATT’s dangerous provisions:

As-in 2013, we remain concerned by the many troubling aspects of the ATT and its impact on American sovereignty and constitutional protections. The vague language of the ATT makes American commitments uncertain, the most concerning of which is the lack of protections for lawful gun ownership which threatens the rights afforded to Americans under the Second Amendment. Further, with an amendment process that only requires a 3/4 vote for approval, more intrusive provisions could be applied in the future; legally obligating the United States to comply with international agreements without consent from the Senate.

The ATT went into effect on December 24, 2014. However, as the U.S. Senate had not ratified the treaty, it had no legal bearing in the United States. Nonetheless, the Obama administration advocated for its ratification and called it “a tool that we can use, energetically and effectively.” The Left’s goal of using the ATT to disarm the American people was temporarily deflated when President Donald Trump withdrew the U.S. from the treaty.

Of course, a treaty can only be ratified if two-thirds of the Senate agrees to it. Additionally, treaties neveroverride the Constitution, a fact the Founding Fathers strongly held to. For example, President Thomas Jefferson stated on September 7, 1803, “I say the same as to the opinion of those who consider the grant of the treaty making power as boundless. if it is, then we have no constitution.” Of course, Biden, who has taken multiple actions — including his vaccine mandates and eviction moratoriums — despite admitting he had no constitutional authority to make them, likely will not allow this to stop him from implementing the ATT.

It is imperative that this unconstitutional treaty be rejected.

ACT NOW: Tell your U.S. senators to reject ratification and to fight all attempts to sneakily implement the treaty and infringe upon our God-given rights.   LINK TO TAKE ACTION

Although we provide a way to easily email legislators (red box), we know from long experience that it takes a lot more interaction with your legislators to get your point across than that provided by emails alone.

That’s why we provide an easy way not only to email them, but to contact them by phone, tweet, and even video message them.”

Get US OUT of the UN! LINK