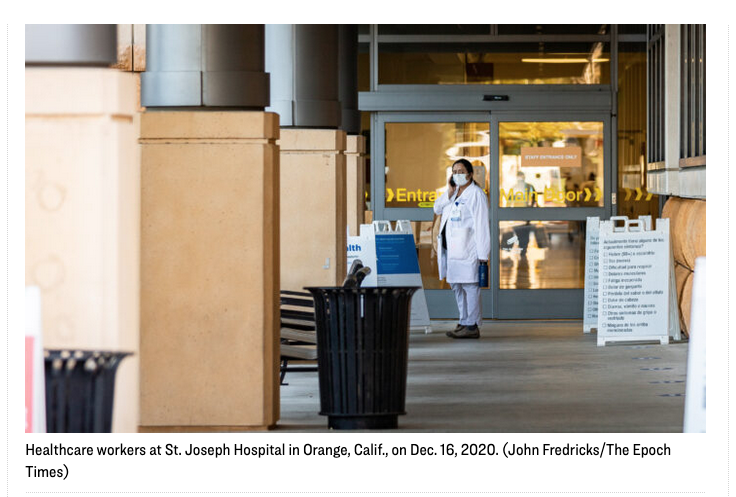 “The federal Centers for Medicare and Medicaid Services (CMS) suspended enforcement of its vaccine mandate for healthcare workers after two court orders earlier this week.

A memo issued by the agency, posted by Missouri Attorney General Eric Schmitt on Twitter Thursday, said that CMS “remains confident” it will prevail in court but is “suspending activities related to the implementation and enforcement of this rule pending future development in the litigation.”

“While these preliminary injunctions are in effect,” it continues to say, “CMS surveyors must not survey providers for compliance with the requirements” with the rule. The memo is referring to federal government officials conducting checks of whether Medicare- or Medicaid-funded facilities are complying with the Biden administration’s mandate that healthcare staff gets fully vaccinated for COVID-19 by Jan. 4.

The CMS rule allows for religious and medical exemptions to the vaccine.

Schmitt, a Republican who is running for Missouri’s U.S. Senate seat, hailed CMS’s memo as a victory in a Twitter post.

“Between the two of them, these injunctions cover all states” as well as Washington, D.C. and U.S. territories, the memo said. CMS has appealed the two federal court decisions.”