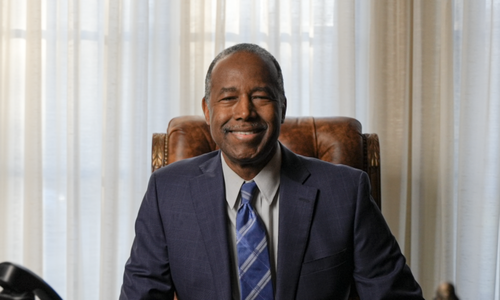 Dr. Ben Carson: C-19 Problem Could Be Solved Quickly If Politics Thrown Out

“Let’s throw the politics out. We could solve this problem pretty quickly,” he stated in an interview that will premiere on Dec. 18 at 7 p.m. New York time.

“Let’s open this thing up to all the different mechanisms,” said Carson, a renowned neurosurgeon who was awarded the Presidential Medal of Freedom—the highest civilian award in the nation—in 2008 for his work. He retired in 2013 and ran for the presidency in 2016, before serving as the secretary of Housing and Urban Development during the Trump administration.

“Let’s look around the world at things that work. Let’s look at the fact that on the western coast of Africa, there’s almost no COVID. And let’s ask ourselves, why is that? And then you see, it’s because they take antimalarials, particularly hydroxychloroquine. Let’s study that. Let’s see what’s going on there.

“Let’s listen to these physician groups who’ve had incredible success with ivermectin. Let’s look at the results with monoclonal antibodies. Let’s look at all of these things. Let’s put them all in our armamentarium so that we don’t have a one-size-fits-all system.”