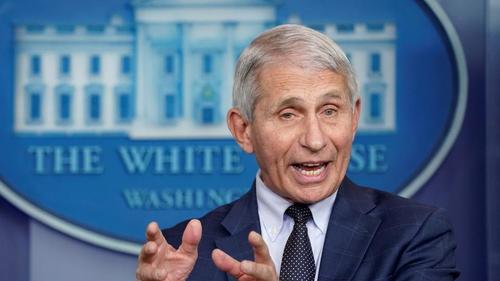 December 19, 2021 | By Tyler Durden | ZeroHedge | Authored by Phillip Magness via The American Institute for Economic Research |

“From October 2-4, 2020, the American Institute for Economic Research hosted a small conference for scientists to discuss the Covid-19 lockdowns. Just four days later, Dr. Francis Collins, the retiring Director of the National Institutes of Health (NIH), would call the three of the scientists in attendance “fringe epidemiologists,” in a directive he sent to Anthony Fauci and other senior staff of his agency.

They were “fringe epidemiologists” because they had the temerity to ask whether the lockdowns of 2020 were effective. Those three, Martin Kulldorff of Harvard, Sunetra Gupta of Oxford, and Jay Bhattacharya of Stanford were simply doing what any good scientist would do: They were following the evidence.

They wrote the Great Barrington Declaration [GBD] as they parted company at AIER, posting it for all to see.

So why was Dr. Collins so intent on impugning these three scientists? It’s hard to know exactly, mostly because any scientist worth his salt should have been happy to see further research being done. That is, after all, how ignorance is replaced by knowledge. But Collins was clearly in no mood to replace his own possible ignorance with any kind of knowledge. He was pretty sure he knew all he had to know; and this is one of the most dangerous positions a scientist can take.

In an email obtained by AIER through a Freedom of Information Act request, Collins told Anthony Fauci, CCing Lawrence Tabak, Deputy Ethics Counselor at NIH, that he wanted “a quick and devastating published take down” of the Great Barrington Declaration’s premises.

One wonders why he would CC the Deputy Ethics Counselor on this, given the trouble these people seem to have with ethics, but here they were in October of 2020. Fauci wrote that same night to let Collins know that there was already a devastating take down of the Great Barrington Declaration…in that august scientific publication Wired.

“Francis,” Fauci wrote, “I am pasting in below a piece from Wired that debunks [the GBD].” There, science reporter Matt Reynolds told us there was no “scientific divide” over herd immunity, but that’s not the funny part. The funny part came when Reynolds declared quite confidently that we no longer had anything to worry about, as lockdowns were – as of October 2020 – a thing of the past.

“The problem [with the GBD] is that we aren’t in lockdown,” Reynolds explained. “[I]t’s hard to find people who are advocating for a return to the lockdown we saw in March. When the Great Barrington Declaration authors declare their opposition to lockdowns, they are quite literally arguing with the past.”

This Fauci-endorsed passage may be one of the worst takes of the entire pandemic. Less than a month later, lockdowns came roaring back with a vengeance during the winter’s second wave.

Fauci wrote to Collins again the next day, this time referencing a breathless op-ed by Gregg Gonsalves, a public health professor at Yale, in The Nation. And here we arrive at yet another funny part. Gonsalves’ article was not exactly a critique of the Great Barrington Declaration. Instead, Gonsalves went after Martin Kulldorff, who in an interview with the leftist magazine Jacobin quite reasonably pointed out that the lockdowns hurt the poor more than most talking heads were willing to admit. Gonsalves’s grievance was that by interviewing Kulldorff, Jacobin had broken the lockdown “solidarity” of other far-left websites including the Nation and the Boston Review.

By October 10, the lines were well drawn, and Fauci thrust himself into the middle of the media hootenanny that was clearly emerging. Collins emailed again to boast about calling the three scientists “fringe” in the Washington Post, although he told Fauci that their ongoing campaign to take down the GBD “will not be appreciated in the W[hite] H[ouse}.” The White House, Fauci retorted, was “too busy with other things to worry about” the GBD. There was an election to deal with, after all.

As the bedfellows became more strange, Gregg Gonsalves wrote directly to Collins, thanking him for his undiplomatic approach. For his part, Gonsalves became ever more hostile and profane, in his remarks on the GBD. “This f****g Great Barrington Declaration is like a bad rash that won’t go away,” Gonsalves tweeted, shortly before reaching out to Collins. A day earlier, the Yale professor also began promoting unhinged conspiracy theories about the GBD and AIER that traced to the blog of a former 9/11 Truther movement activist.”