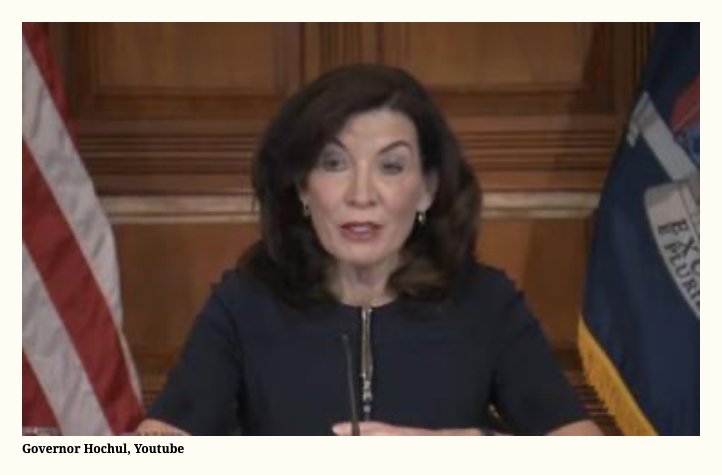 “Democrat Governor Kathy Hochul has announced there will no longer be a vaccine requirement for Metropolitan Transportation Authority workers in the NYC metro area, citing concerns the rules could worsen an existing worker shortages. Prior to Monday’s announcement, MTA workers were required to be vaccinated or test weekly for the virus. The high number of cases comes as 80% of MTA workers have already been vaccinated, according to Hochul.

New York Gov. Kathy Hochul (D) has announced there will no longer be a vaccine requirement for Metropolitan Transportation Authority workers in the NYC metro area, citing concerns the rules could worsen an existing worker shortage.

On Monday, the unelected governor acknowledged that suspending or firing workers who are refusing to comply with vaccine requirements would be detrimental to the Big Apple’s transportation infrastructure, which is already implementing reduced service schedules.

“Our concern, as you mention shortages of crews, is the individuals who will not want to participate in a mandatory vaccination program will be individuals who would exacerbate that problem,” Hochul said during a press conference addressing the Omicron variant Monday.

“We do not want to make it impossible for the New York City workforce to have the proper transportation channels they’re accustomed to.”

“We can’t do anything to create a dynamic where there are no trains picking people up for their jobs in the morning or getting healthcare workers to their jobs in hospitals. So that’s the calibration I keep referring to and we’re going to stay with the plan for now,” she added.”