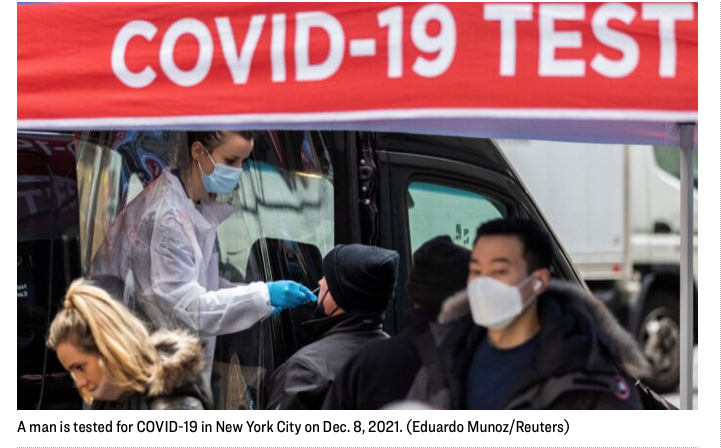 “A New York lawmaker has taken down a 6-year-old bill that would authorize the state to detain infected individuals and their contacts deemed a threat to public health during a pandemic, blaming “conspiracy theorists” of spreading misinformation about his proposal.

The bill in question, known as A416, was first introduced by Assemblyman Nick Perry in 2015, nearly a year after the nationwide panic over a potential outbreak of Ebola in the United States. The Brooklyn Democrat said the measure was promoted by an incident in which a nurse refused to be placed in quarantine after returning from West Africa, where she’d helped treat Ebola patients.

Like many other bills, A416 had been reintroduced year after year and died in committee. The latest version of the bill would allow the state governor, by “issuing a single order,” to “order the removal or detention” of any person or group of people deemed to be a suspected case, contact, or carrier of a contagious disease and poses “an imminent and significant threat to the public health in severe morbidity or high mortality.”

“Such person or group of persons shall be detained in a medical facility or other appropriate facility or premises designated by the governor or his or her delegate,” it reads.

The bill, which received little public attention over the past years, became a center of controversy when Perry once again put it up for the 2021-2022 legislative session amid the CCP (Chinese Communist Party) virus pandemic. Opponents of the measure argued that it would allow then-Gov. Andrew Cuomo to build internment camps for New Yorkers who refuse to comply with his public health policies.

“This is straight up detention camp stuff in NY! A bill giving [Gov. Andrew Cuomo], Health Commissioner or any designated official full power to remove any person/group of people from their home if deemed contagious,” Elizabeth Joy, a Republican candidate running against Rep. Paul Tonko, wrote in January. “It’s horrifying.”

Facing mounting opposition, Perry on Monday announced he no longer seeks to advance the bill, which he said was misinterpreted by “conspiracy theorists” and internet trolls.”