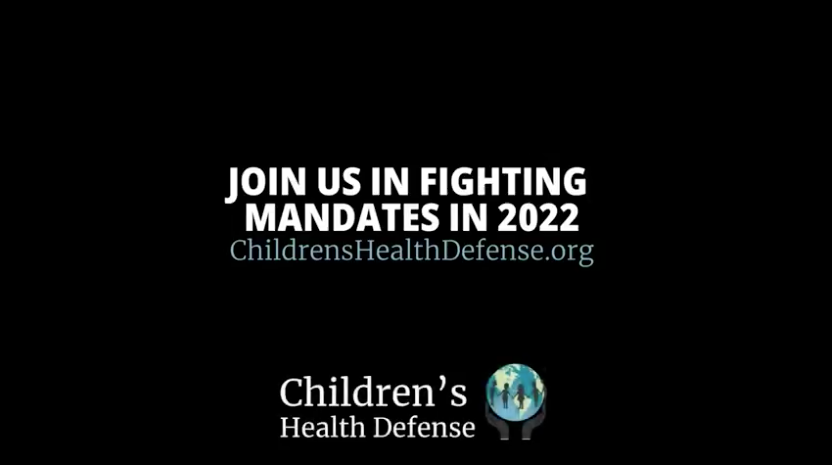 “It’s time we started standing up to all of these mandates.

You remember when the government told us, when Tony Fauci told us that we were gonna lock down?

He said it was for two weeks.

And I’m going to tell you three things that you need to remember in this critical day and age.

1.) One is, that once government acquires a power, it never lets it go voluntarily.

2.) The second thing we need to know, is that every power that government acquires, using this pandemic as a pretense, it will ultimately abuse to the maximum effect possible. This is just a rule that is as certain as gravity.

3.) The third thing that you need to know, is that nobody has ever complied their way out of totalitarianism. Every time you comply, the demands will get greater and greater.

We need to resolve here and now, this is the hill we need to die on. They have come for our jobs, they have come for our transport, now they’re coming for our children. We have an obligation as parents to protect them. There has been a government in history that has told its people, we are going to demand that children sacrifice themselves and take risks to save old people. It’s always the other way around. The old, the mature, the adults, always put themselves at risk to protect their children. This is an ethical issue. It’s a moral issue. It’s an issue of character for each of us. And it’s an issue about the preservation of democracy and public health.

We all need to stand up now and do everything that we can to block these power plays by authoritarian powers that are trying to steal from us, the health of our children.”

Show up at your statehouse on the first day of legislative session. People around the globe are showing up in protest of tyrannical government overreach and unconstitutional mandates to demand that lawmakers defend freedom.