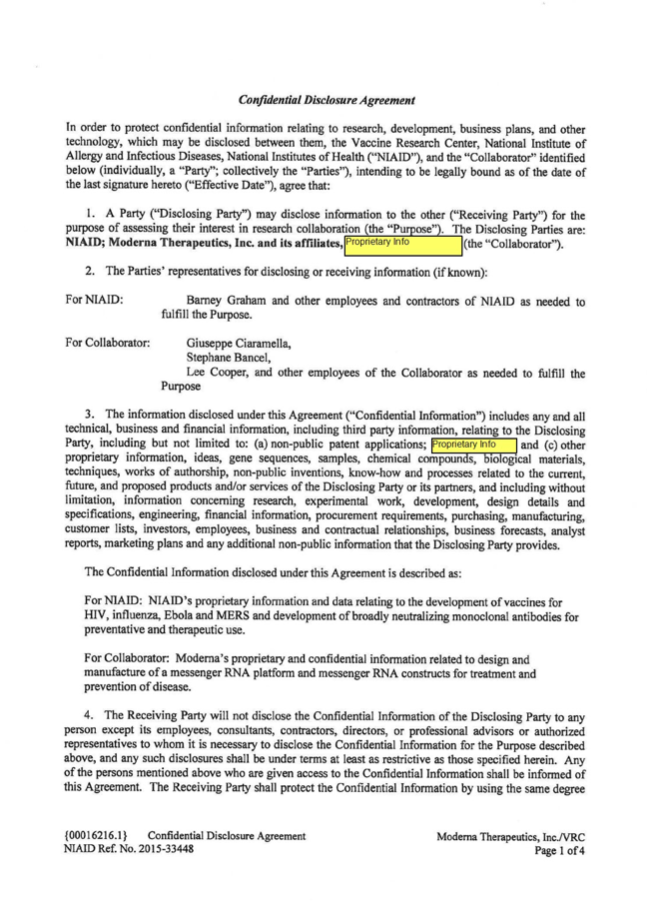 A confidentiality agreement shows potential coronavirus vaccine candidates were transferred from Moderna to the University of North Carolina in 2019, nineteen days prior to the emergence of the alleged Covid-19 causing virus in Wuhan, China.

The confidentially agreement which can be viewed here states that providers ‘Moderna’ alongside the ‘National Institute of Allergy and Infectious Diseases’ (NIAID) agreed to tranfer ‘mRNA coronavirus vaccine candidates’ developed and jointly-owned by NIAID and Moderna to recipients ‘The Universisty of North Carolina at Chapel Hill’ on the 12th December 2019.

The agreement was also signed by two representatives of the NIAID, one of whom was Amy F. Petrik PhD, a technology transfer specialist who signed the agreement on December 12th 2019 at 8:05 am. The other signatory was Barney Graham MD PhD, an investigator for the NIAID, however this signature was not dated.

The final signatories on the agreement were Sunny Himansu, Moderna’s Investigator, and Shaun Ryan, Moderna’s Deputy General Councel. Both signautres were made on December 17th 2019.

All of these signatures were made prior to any knowledge of the alleged emergence of the novel coronavirus. It wasn’t until December 31st 2019 that the World Health Organisation (WHO) became aware of an alleged cluster of viral pneumonia cases in Wuhan, China. But even at this point they had not determined that an alleged new coronavirus was to blame, instead stating the pneumonia was of “unknown cause”.

It was not until January 9th 2020 that the WHO reported Chinese authorities had determined the outbreak was due to a novel coronavirus which later became known as SARS-CoV-2 with the alleged resultant disease dubbed COVID-19. So why was an mRNA coronavirus vaccine candidate developed by Moderna being transferred to the University of North Carolina on December 12th 2019?

The same Moderna that have had an mRNA coronavirus vaccine authorised for emergency use only in both the United Kingdom and United States to allegedly combat Covid-19.

Considering the fact a faulty PCR test has been used at a high cycle rate, hospitals have been empty in comparison to previous years, statistics show just 0.2% of those allegedly infected have died within 28 days of an alleged positive test result, the majority of those deaths by a mile have been people over the age of 85, and a mass of those deaths were caused by a drug called midazolam, which causes respiratory depression, and respiratory arrest.

Perhaps Moderna and the National Institute of Allergy and Infectious Diseases would like to explain themselves in a court of law? 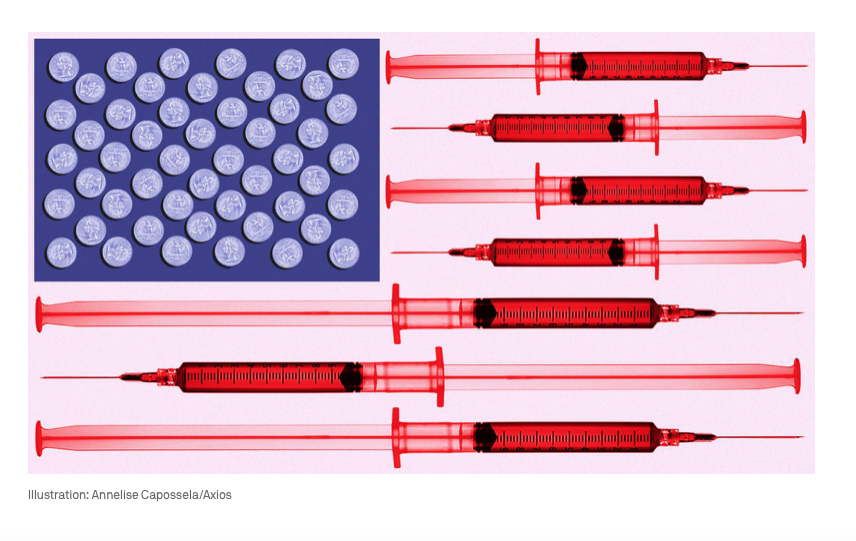 “The National Institutes of Health may own intellectual property that undergirds a leading coronavirus vaccine being developed by Moderna, according to documents obtained by Axiosand an analysis from Public Citizen.

Why it matters: Because the federal government has an actual stake in this vaccine, it could try to make the vaccine a free or low-cost public good with wide distribution, if the product turns out to be safe and effective.

The big picture: The NIH mostly funds outside research, but it also often invents basic scientific technologies that are later licensed out and incorporated into drugs that are sold at massive profits. The agency rarely claims ownership stakes or pursues patent rights, but that appears to be different with this coronavirus vaccine.

Driving the news: New evidence shines light on the extent of NIH’s involvement.

What they’re saying: NIH said in a statement that its scientists created the “stabilized coronavirus spike proteins for the development of vaccines against coronaviruses, including SARS-CoV-2,” and the government consequently has “sought patents to preserve the government’s rights to these inventions.”

Between the lines: Rizvi said co-owning the vaccine could allow NIH to more broadly license the underlying technology to other vaccine manufacturers “without the consent of Moderna,” a company that is valued at $25 billion despite having no federally approved drugs on the market.

The bottom line: Many experts anticipate a coronavirus vaccine, once proven safe and effective, would be made as widely available as possible, and that developers aren’t likely to seek big profits from it. Partial federal ownership could be a backstop if those assumptions don’t bear out, but NIH isn’t keen on stepping on industry’s toes. 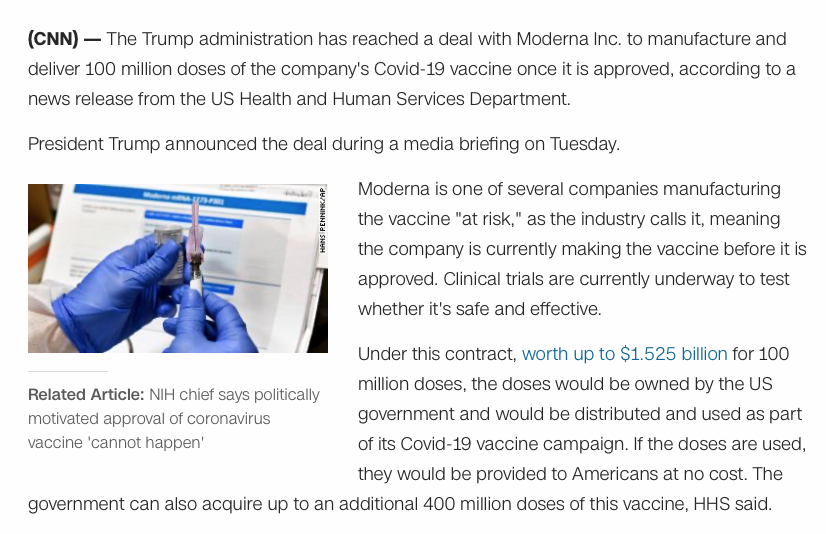