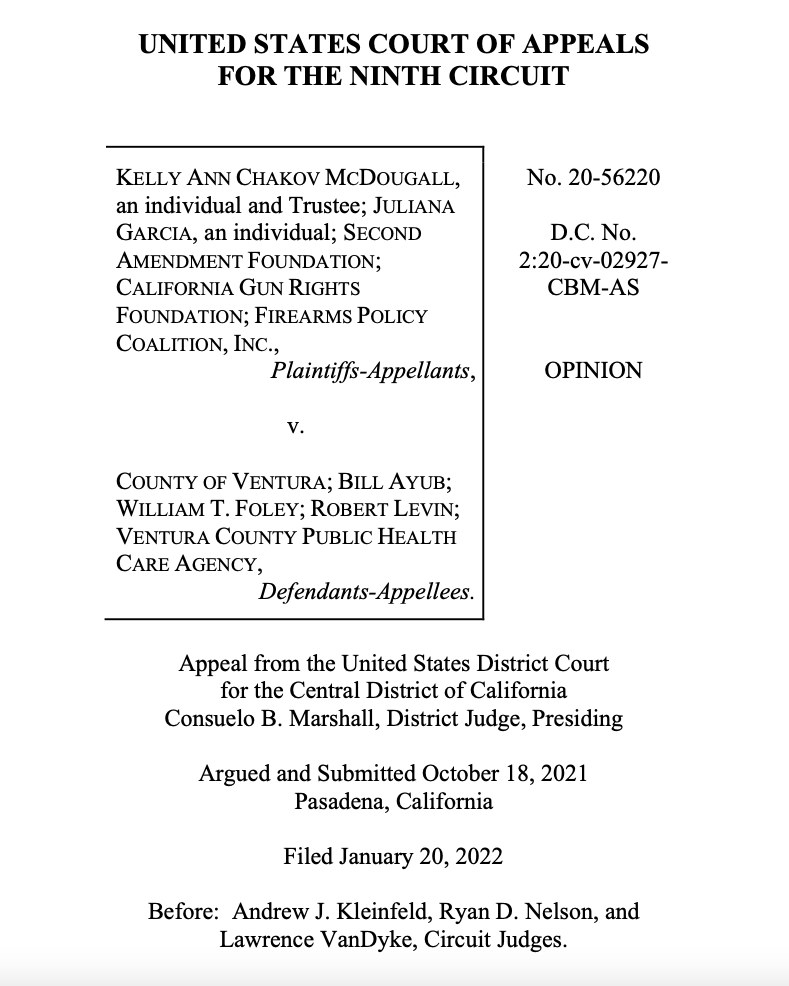 “A federal appeals court ruled Thursday that two California counties that shut down gun stores as nonessential businesses in 2020 due to the coronavirus pandemic violated the Constitution’s Second Amendment.

Los Angeles and Ventura county officials had previously won lower court decisions stating that gun stores were not immune from shutdown orders established early in the pandemic to curb the spread of COVID-19, according to The Associated Press. Those rulings were both rejected by the U.S. Court of Appeals for the 9th Circuit.

Judge Lawrence VanDyke wrote that the Second Amendment “means nothing if the government can prohibit all persons from acquiring any firearm or ammunition. But that’s what happened in this case.”

“The Orders therefore wholly prevented law-abiding citizens in the County from realizing their right to keep and bear arms, both by prohibiting access to acquiring any firearm and ammunition, and barring practice at firing ranges with any firearms already owned,” he wrote. “These blanket prohibitions on access and practice clearly burden conduct protected by the Second Amendment and fail under both strict and intermediate scrutiny.”

The National Rifle Association and other pro-gun groups sued the state in March 2020 over the shutdowns, alleging that the orders were not “promoting safety” but “weaponizing their politics to disarm [residents] and [their] loved ones.”