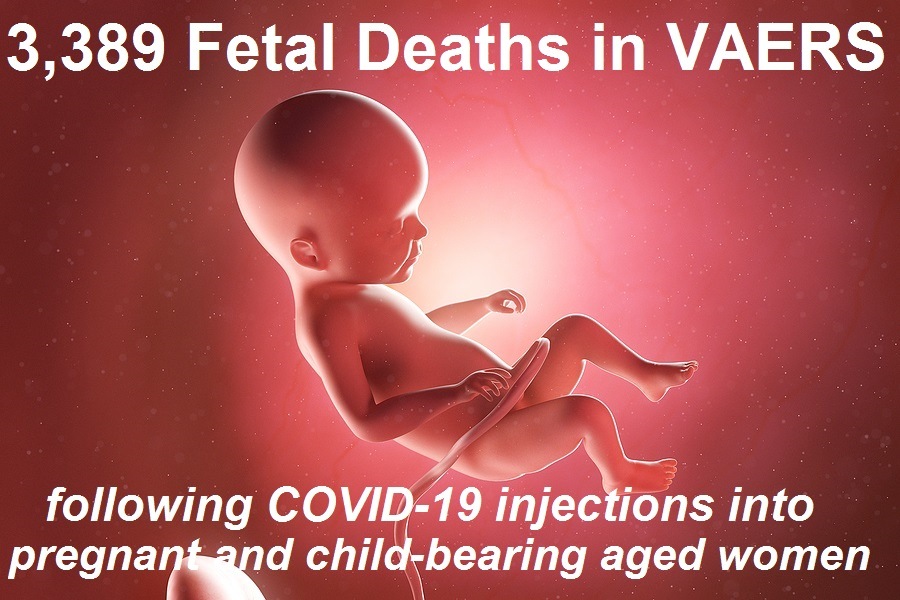 “The evidence that COVID-19 shots are making an entire generation infertile while killing unborn children still in the womb continues to pour in.

Last week, Senator Ron Johnson hosted a conference in Washington D.C. called “Second Opinion” which featured many of the same speakers from his previous event held in D.C. back in November of 2021. See:

Doctors and COVID-19 Vaccine Injured Testify in Washington D.C. to Crimes Against Humanity – CDC, FDA, NIH, Fauci are No Shows

One of the speakers at this 5-hour recorded event last Monday was attorney Thomas Renz, who in the short time allotted to him, testified that three military medical professionals had become whistle blowers, putting their careers on the line, to expose data contained in the Department of Defense Medical Database, under oath and under penalty of perjury, regarding the explosion of miscarriages which increased by almost 300% in 2021, an almost 300% increase in cancer, and over a 1000% increase in neurological injuries, which have a direct impact over the pilots flying in the military.

Our soldiers are being experimented on, injured, and sometimes possibly killed (by the COVID-19 vaccines.)

After this very brief testimony in Senator Johnson’s 5-hour presentation, Renz did a couple of interviews in the Right Wing alternative media where he expanded on what he testified to at Senator Johnson’s conference in D.C., and in an interview on OAN he stated:

And here is the most damning part of this information that Renz is reporting from the whistle blowers sharing data from the DoD medical database: these percentage increases are measured over the average of the past 5 year’s data, which included year 2020, the year COVID started, which means all of these increases started in year 2021, when the vaccines were rolled out.

GENOCIDE! The word “genocide” comes from the Greek word genos, from which we get words like “generation,” and the Latin suffix –caedo, which means the “act of killing.”

So am I exaggerating or using hyperbole when I describe these COVID-19 vaccines as causing “genocide” by making an entire generation of people in their child-bearing ages infertile?

And remember, these statistics that Renz is reporting are from the military, who are among the healthiest and most fit members of our society!

I have taken the segment of Attorney Renz’s testimony in D.C. and a segment from his interview on OAN, and cut out all the “Biden is a demon and Trump is our savior” political crap so you can just focus on what Renz is actually reporting from these medical whistle blowers. This is on our Bitchute channel, and also on our Telegram channel.

I have been reporting since last year just how devastating these COVID-19 “vaccines” have been for pregnant women and child-bearing women who get pregnant after they are injected, and this data, taken directly from the Government’s own Vaccine Adverse Events Reporting System (VAERS) corroborates what the military medical professionals are reporting from their data among the military, which is that fetal deaths have sky rocketed since the rollout of the COVID-19 “vaccines.”

As of the Friday, January 28, 2022 update to the VAERS data, there have been 3,389 fetal deaths reported in VAERS following an experimental COVID-19 shot. (Source.)

By way of contrast, for the previous 31 years following all FDA-approved vaccines, there have been a total of 2,499 fetal deaths total, using the exact same search parameters. (Source.)

(Note: we now have 13 months of data on COVID-19 vaccines, so I took the total, divided by 13, and then multiplied by 12 to get the yearly number.)

And these numbers of fetal deaths are only what are reported, and we know that VAERS is vastly under-reported.

A few days ago, Dr. Jessica Rose published an article on the “unreported factor” in VAERS based on what these military whistle blowers revealed from the military medical database regarding “miscarriages.” See:

Calculating the URF for miscarriages using the DMED as a base data set.

And that is just for pregnant women. What about all the child-bearing age women who are now infertile?