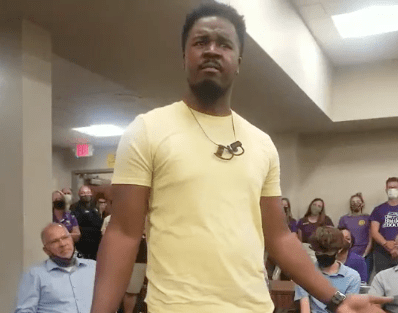 Keisha King, member of Moms For Liberty, speaks in opposition to teaching CRT.

“In the words of Martin Luther King, Jr., I have a dream that my four little children will one day live in a nation where they not be judged by the color of their skin, but by the content of their character. Now I have a dream that we will implement love not hate or supporting another Jim Crow’s agenda. CRT is not an honest dialogue, it is a tactic that was used by Hitler and the Ku Klux Klan…”

Dr. Martin Luther King, Jr. – I Have A Dream Speech

“Critical Race Theory training, which pressures people not to say certain things, take a certain stance, or forces them into some segregated settings, may infringe on people’s constitutional rights and even violate civil rights laws, said Dr. Carol Swain, a former professor of political science and law at Princeton and Vanderbilt universities.” Link