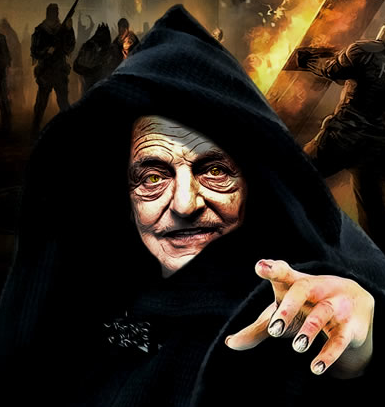 The Science of Destabilizing Nations: The Soros Hidden Hand Behind ‘Color Revolutions’

Color revolutions are a technique for promoting “regime change” in sovereign nations. Often these contrived “social movements” are orchestrated by government agencies such as the FBI, CIA, State Department, with funding from private “partners” such as George Soros and other billionaire “philanthropists”.

The orchestration of our current situation warrants attention, regarding the role of the behind-the-scenes influencers who seek to abolish our free society to be replaced with a totalitarian dictatorship and permanent lockdown inside a digital blockchain prison. Many have awoken to the reality that we have been lied to and that steps must be taken to restore liberty and our constitutional republic. 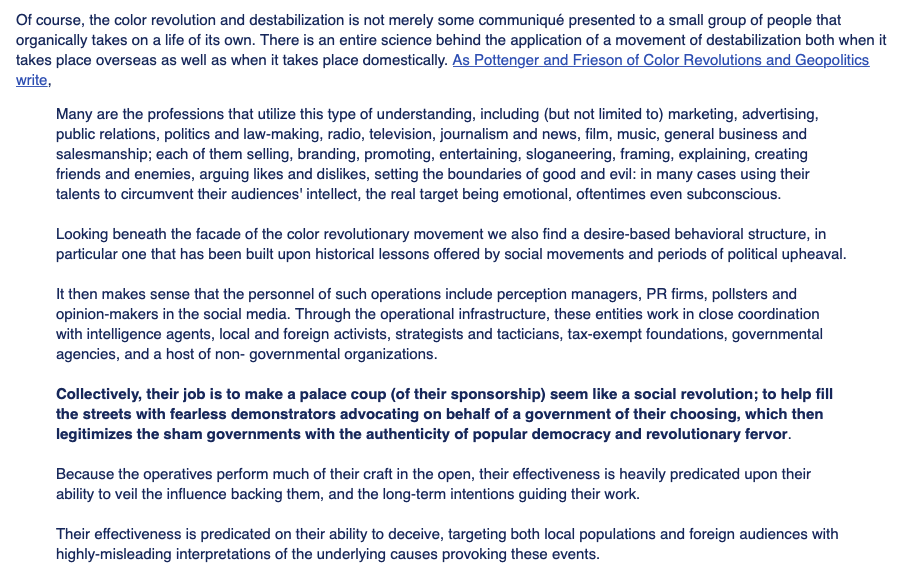 Link To Article_Soros-Linked Manhattan District Atty to Drop Prison Sentences for Most Crimes_1.9.22

Link To Article_George Soros Bought District Attorneys Across the Nation_6.15.21

Link To Article_America’s Color Revolution_12.22.19_”Another name associated with funding and orchestration is George Soros, whose various tax-exempt organizations such as the Open Society Foundations invariably pump money into the latest Color Revolutions, for reasons that are often more commercial than strictly political.”

November 2017 | Harrisburg 100 |   Democracy-Alliance-Fall-Investment-Conference-Agenda | George Soros is one of the founders of the Democracy Alliance. |

“CARLSBAD, Calif. — La Costa Resort in California was the secretive location of a media blackout conference this past weekend where donors and keynote speakers propagated the new narratives of the extreme far-left globalists.

Political pundits have since issued harsh criticism of the attendees. Following this conference, questions have emerged suggesting that Governor Tom Wolf no longer serves the constituents who elected him in the State of Pennsylvania. He now works for billionaire George Soros and the donors of the far-left socialist agenda.

The sessions have been clandestine with participants being promised a “safe place” to plan resistance strategy. As the documents show, the big-money liberals are instructed to not talk to the media about who is present at the conference, nor to discuss any details on social media.

According to the agenda published by the Beacon, the conference aimed to help the liberal attendees get “the economic narrative right,” and advocated messages to spread about the Russian interference in the 2016 election. They also put a great emphasis on the left to further politicize election reform, gun control, immigration, and climate change.

Other speakers appearing in person or via video were expected to include U.S. Sens. Kamala Harris, D-Calif., and Amy Klobuchar, D-Minn.; U.S. Rep. Ben Ray Lujan, D-Minn.; and Democrats Gov. Tom Wolf of Pennsylvania and governor-elect Ralph Northam of Virginia.”

Link To Article_Khazakhstan is a color revolution…1.12.22