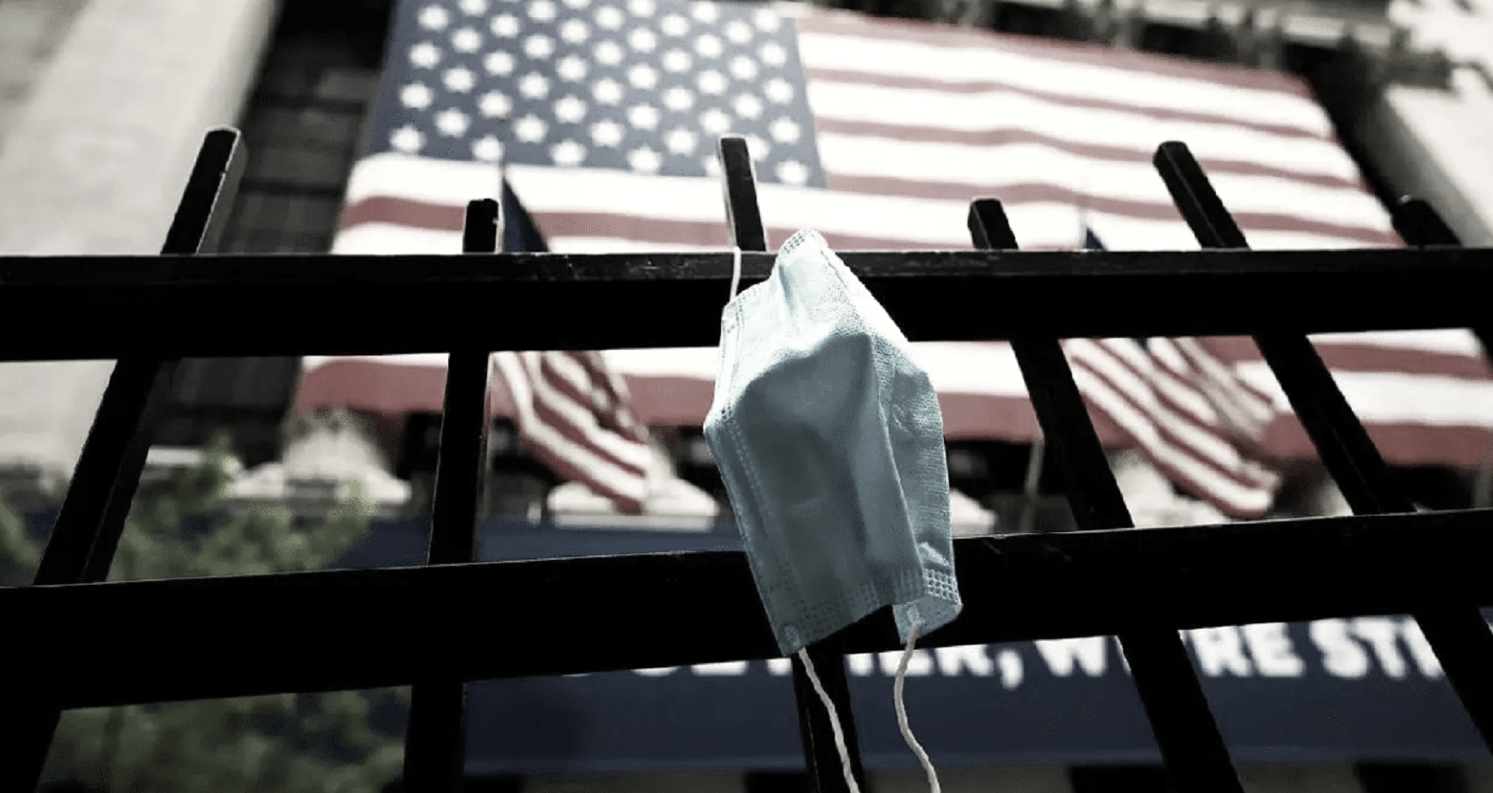 Truth or Covid? (or, “why we know everything they’re telling us is a lie”)

“Remember the good old days at the beginning of the COVID coup – before the new dogmas started to tangle themselves into self-contradictory knots?

Back then, if you wanted to know what to think, the Infallible Ones always had simple answers.

What was the enemy? A virus called SARS-CoV-2. Where did it come from? Chinese bats and pangolins. When would it end? After a few weeks of “lockdown” and the introduction of “vaccines.”

How did you protect yourself from it in the meantime?

By isolating yourself at home, wearing a muzzle, obsessively washing your hands, leaving your shoes outside the door, avoiding other human beings, scrubbing the walls and counters – above all, by obeying whatever orders the Infallible Ones gave you.

And if you didn’t obey? You would die.

But “oh, what a tangled web we weave,” as the poet said, “when first we practice to deceive.”

The Infallible Ones’ teachings were soon mired in baffling inconsistencies. A “few weeks” of lockdown gave way to months, which in turn gave way to threats of recurring confinements whenever the authorities deemed it expedient.

Summertime assurances of the “success” of the national incarceration – which had upended the health care system, educationally crippled a generation of children, and tossed away the livelihoods of millions of innocent people, though the Infallible Ones seldom mentioned any of that – were succeeded by “expert” scoldings to the effect that we Americans had been too selfish to be confined at all.

When randomized clinical trials proved that face masks were useless, the Infallible Ones told us to wear two masks instead of one.

When the Infallible Ones abandoned the canard of “asymptomatic transmission” – after it had fulfilled its function of stoking public hysteria – they adopted the equally silly canard that “the unvaccinated” were unique breeding grounds for viral mutations.

Even the virus itself, which the Infallible Ones had originally pronounced so unique, became the very opposite of unique as the Infallible Ones translated it into an ever-enlarging ensemble of similar viral “strains” in which new ones appeared just often enough to offset the gains supposedly made by the “vaccines.”

And meanwhile – most important of all – what was supposed to be a temporary suspension of constitutional government became a “new normal”; the law, or what had always been the law, turned out to be as obsolete as the idea of dealing with an infectious disease by giving medical treatment to the genuinely sick.

In the world of the “new normal,” anyone who mentioned “civil rights” was hustled off social media and into First Amendment limbo. Democracy was mocked as a reactionary’s pipe dream – when it was mentioned at all.

That’s the record, in brief, of the past two years. And if we have learned anything from this cavalcade of deceit, it is, or should be, that the COVID coup is fundamentally not about medicine or science. It is not about inflated “case” rates or jiggered statistics or fake news or the pseudo-studies circulated by propaganda outfits like the World Health Organization or the U.S. Centers for Disease Control and Prevention.

Yes, all those things have figured in the derangement of constitutional democracy that has characterized the COVID coup. But at bottom it’s not about any of them.

The real nature of the campaign is at once simpler and far more dangerous. What we’re experiencing is an attack on the very foundation of ordered liberty, an assault that is already in the process of submerging democracies beneath what the Italian philosopher Giorgio Agamben has called a “permanent ‘state of exception.’”

To put it bluntly: our ruling classes, in one country after another, have effectively switched off their nations’ constitutions and the whole set of civil liberties that are supposed to accompany them – not by formally abolishing them, mind you, but by adopting the extra-legal mechanisms of a “state of emergency” in place of normal constitutional procedures, with the result that the ordinary rules of democracy and the rights of individuals have, for most practical purposes, been indefinitely suspended.

That’s why the COVID coup began, in my own country, with declarations of an “emergency” in four-fifths of the states – and why, with very rare exceptions, those “states of emergency” remain in effect to this day, nearly two years later.

Again, this cannot be explained away as a response to a respiratory virus. When an “emergency” involves suspending constitutional government for two years, it should be obvious that the “emergency” has ceased to be a real emergency (if it ever was one) and has become an extralegal norm – and this is even more emphatically true when virtually no one in the political opposition, the civil rights bar or the mainstream media so much as mentions this fundamental fact.

My point is that those of us who recognize what is happening are going to have to shift our tactics. We can no longer attack COVID19 propaganda in piecemeal fashion, challenging one medical falsehood at a time. That approach, I’m afraid, is likely to be self-defeating.

As long as we focus on disproving each particular COVID “narrative,” the Infallible Ones can continue to manage the debate in mass media as a conflict between the interpretations of “experts” and those of “conspiracy theorists.”

And that allows them to skirt the real issue. COVID fascism is not a comedy of scientific errors. For all intents and purposes, it is a coup d’état. And it must resisted accordingly.

Still, if we aren’t going to debunk every lie swirling through mass media or dished out by the “experts,” how can we be sure that we stand on solid factual ground as we resist the coup unfolding all around us – particularly if, as I’m arguing, we must begin by asserting that our struggle is about regaining our freedoms, not about correcting a medical policy?

Actually, there are many reasons we can be sure. And now, as we approach the third year of the coup, I want to offer a short list of them.

1. THE COVID COUP HAS CONSISTENTLY RELIED ON UNCONSTITUTIONAL METHODS.

The first and most unmistakable clue about the real nature of the coup is its aggressive destruction of constitutional government.

Right from the start, it involved suspensions of the legislatures; from there it moved quickly to arbitrary rule by executive fiat (mask “mandates” followed by “vaccine passports”), and then indulged head-on in violations of constitutional rights, as in the imposition of mass “quarantines” without a court order – an illegal act even under “emergency” dispensation.

I have argued this in print for over a year and a half, so I won’t belabor the point now except to stress the complicity of mass media in the unprecedented assault on our basic rights. The most important lie, of course, has been one of omission: the press simply never mentions the absence of any constitutional basis for the repeated attacks on freedom.

But I would like to call attention to a small but very revealing lie that crops up every time the press reports a new COVID19-related “order.”

Last month’s story about sweeping new muzzling requirements in California was a case in point. “California is ordering a statewide mask mandate for indoor public spaces,” blared the Los Angeles Times. But “California” does not and cannot issue a “mandate.”

Promulgations of legal requirements belong to the appropriate organs of government – and that means that an honest report would have necessarily told readers how the mandate in question came to be. What body passed the law? Who signed it? Which agency issued the regulation, if it was a regulation, and what was the statutory authority for it to do so?

In my opinion, it was no accident that the Times never informed its readers that the new California “mandate” was a unilateral edict signed by Tomas Aragon, the head of California’s Department of Public Health – an edict that did not even attempt to identify any authority for such an action in California’s statutes or regulatory code.

I repeat: in a constitutional government, health regulations are always grounded in such authority; “mandates” that ignore this are violations of law at best, dictatorial usurpations at worst. And the propagandists in the media, though they know this, obviously do not want you to know it.

But that statutory section does not address vaccination policy at all – and since the COVID19 “vaccines” do not even prevent person-to-person transmission, there is no legal way the section’s general language about “the preservation and improvement of public health” can be construed to give the state’s governor the power to force 5-year-old children to be injected with experimental drugs, as Ms. Hochul has ordered.

In short, the “governor” – the word really must be put in quotation marks at this point – is acting outside her legal powers. And if we had a political opposition and a functioning court system worthy of the name, she might be facing impeachment instead of routine accolades from the tame “liberal” press, which calls this democracy-wrecking child poisoner “a moderate Democrat.”